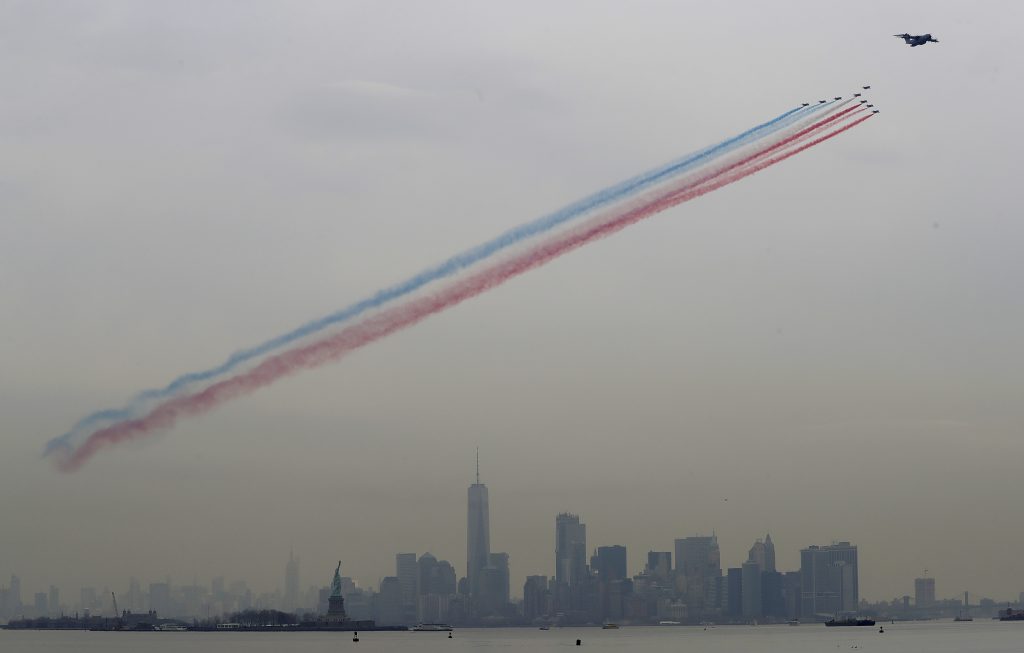 The eight Alpha Jets from the Patrouille de France streaked across the sky Saturday, making designs with trailing red, white and blue display smoke. The jets were accompanied by an A400 airbus and two additional Alpha jets who will be documenting the mission.

Officials say the event was staged to commemorate the 100th anniversary of the United States’ entry into World War I and reaffirm the historic ties between France and the U.S.

The flyover was the French group’s first appearance in North America in more than 30 years. They plan several more shows at various sites in the coming weeks.