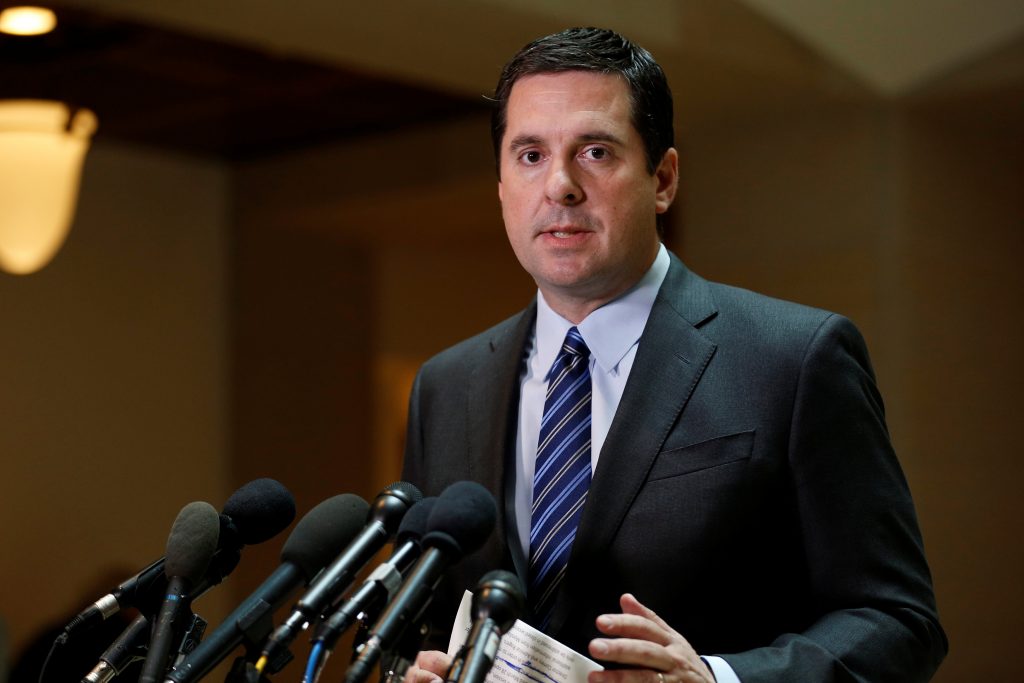 Paul Manafort, President Donald Trump’s former campaign manager and a key figure in investigations into the Trump campaign’s ties to Russia, has volunteered to be questioned by lawmakers as part of a House probe of the Kremlin’s alleged meddling in the 2016 election.

Rep. Devin Nunes, R-Calif., chairman of the House intelligence committee, told reporters on Friday that Manafort’s counsel contacted the panel on Thursday to offer lawmakers the opportunity to interview him. Nunes said he does not know if the interview will take place in a public forum or behind closed doors.

“We’re not going to get into a neo-McCarthyism era here where we just start bringing in Americans because they were mentioned in a press story,” Nunes said. “I’m highly concerned about that. Now, if people want to come in freely, we will do that.”

Manafort volunteered to be interviewed by the committee the same week that The Associated Press reported that a decade ago he worked for a Russian billionaire.

Manafort, an international consultant, had pitched a wide-ranging political-influence campaign to aluminum magnate Oleg Deripaska, a close Putin ally. In a proposal obtained by AP, Manfort said his proposition could “greatly benefit the Putin Government.”

Manafort eventually signed a $10 million annual contract with Deripaska beginning in 2006, according to interviews with several people familiar with payments to Manafort and business records obtained by the AP.

In a statement to the AP earlier this week, Manafort confirmed that he worked for Deripaska, but denied that the work had been to advance Russia’s interests.

The AP also reported Thursday that Treasury Department agents have recently obtained information about offshore financial transactions involving Manafort. The records were sought as part of a federal anti-corruption probe into his work in Eastern Europe.

Manafort also said his offshore banking transactions were a normal practice at his business. “Like many companies doing business internationally, my company was paid via wire transfer, typically using clients’ preferred financial institutions and instructions,” he said.

The latest development that Manafort has offered himself for questioning moves the spotlight off the House chairman himself.

Democrats expressed anger earlier this week after Nunes told reporters and briefed Trump that he had seen new information showing that the communications of Trump transition officials were scooped up through monitoring of other targets and improperly spread through intelligence agencies during the final days of the Obama administration. Democrats expressed outrage that Nunes would meet with Trump before talking to committee members and cited the incident as another reason to question the panel’s independence.

Nunes would not disclose the source of the information. But he specifically stated that the new information he received did not support Trump’s allegations that President Barack Obama had ordered a wiretap at Trump Tower.

Nonetheless, White House spokesman Sean Spicer claimed that Nunes was “vindicating” the president following his unproven assertion about a wiretap, and Republican groups moved quickly to raise money as a result of Nunes’ revelations.