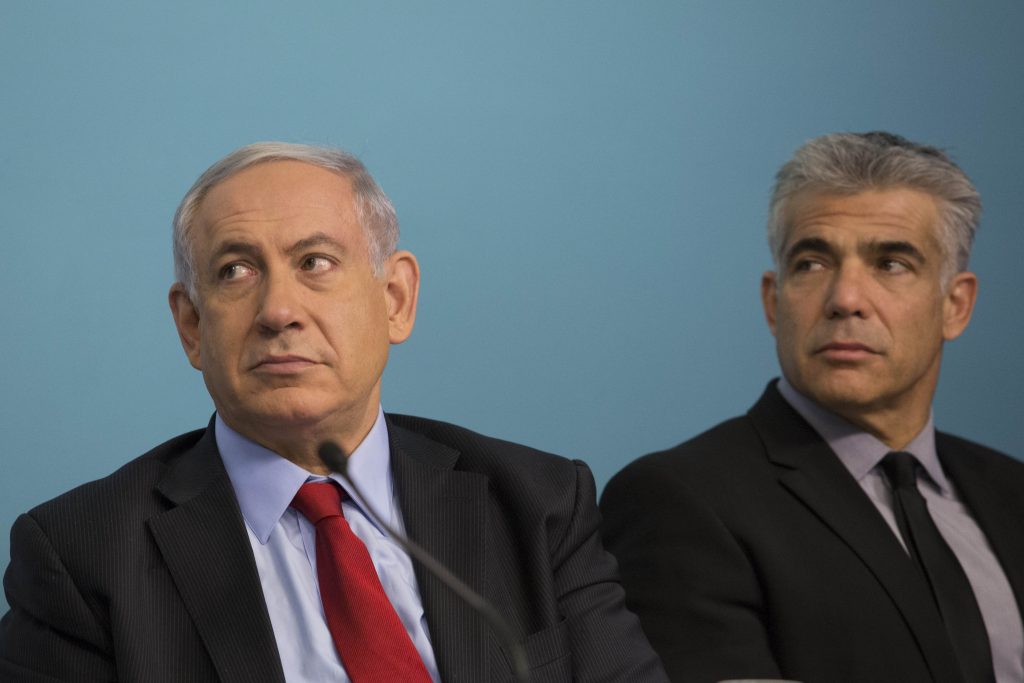 Most of Yesh Atid’s votes will be coming from constituents who abandoned Zionist Camp. The party led by Yitzchak Herzog would get only 11 Knesset seats, compared to 24 current seats, in results consistent with recent polls. Jewish Home continues to show strength, and would receive 13 seats, making it the third-largest party in the Knesset, tied with United Arab List.

The results of the polling for the rest of the parties in the Knesset are also consistent with recent polls. Chareidi party Shas would get seven seats, as would Yisrael Beytenu. United Torah Judaism and Kulanu would each get six, while Meretz would receive five seats, according to the poll. Failing to meet the minimum number of votes would be a party led by former IDF Chief of Staff Moshe Ya’alon, who announced recently that he was forming a political party, although he was not sure if it would run in the upcoming elections.

Despite the close numbers for Likud and Yesh Atid – and even if the latter party were to emerge as the biggest party in the Knesset – the likelihood of Yesh Atid leader Yair Lapid forming a government is slim. While they may not agree with Prime Minister Binyamin Netanyahu on everything, both Shas and UTJ would almost certainly not join a coalition with Lapid. Jewish Home would also be very unlikely to do so, as the more religious elements of the party would resist that idea. That gives a Netanyahu government more than 50 seats in the Knesset, a figure Lapid would be unable to beat unless he brought United Arab List into his government – another extremely unlikely scenario.