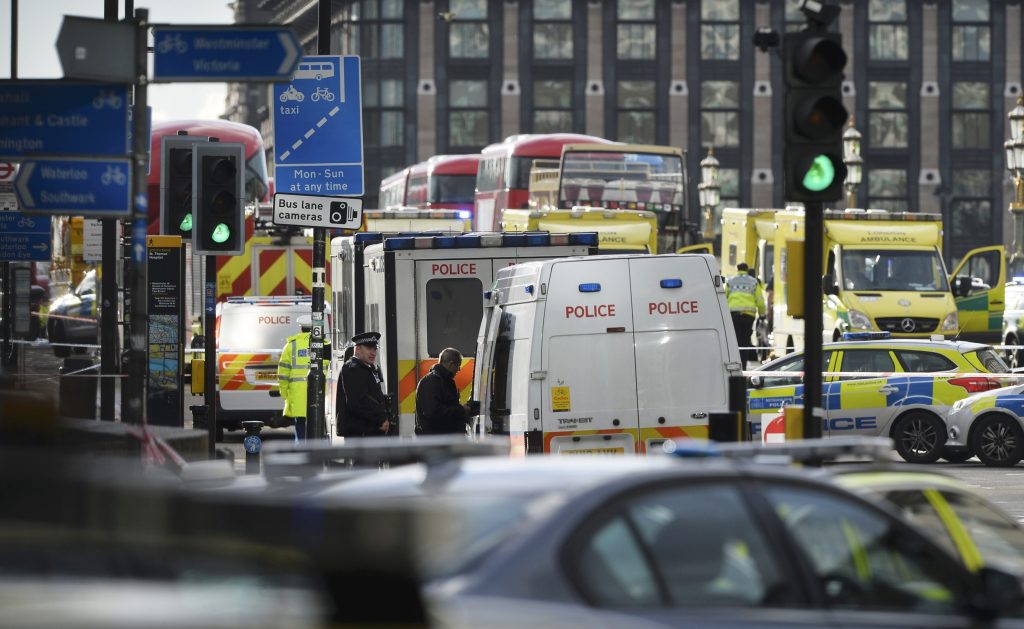 An Israeli couple from Beit Shemesh were witnesses to the immediate aftermath of the attack near the Houses of Parliament on Wednesday afternoon.

Mr. Chaim Halpern told Hamodia that he and his wife were visiting London for a few days and were sightseeing in central London on Wednesday. They began their day by going to see the Houses of Parliament, about an hour or so before the attack. They then crossed over Westminster Bridge and rode on the London Eye. Mr. Halpern said that they had just entered the nearby London Aquarium, when the security staff began shouting for everyone to leave. They did not allow people to use the main entrance but hurried them out through an emergency exit. Mr. Halpern said that nobody, including the staff had known what was going on, only that there was some kind of emergency.

Mr. Halpern reported that even at the opposite end of Westminster Bridge, where he and his wife found themselves, there were many people running in both directions and a huge number of sirens and emergency vehicles. It was not clear at all what was happening, particularly for a tourist. Mr. Halpern commented that once he realized that there was a security incident taking place, he was extremely impressed with the speed at which the police and ambulances arrived and the very professional way in which they were acting, such as in clearing and securing the area.

Mr. Halpern told Hamodia that he began to ask around to see what was going on, and after a short while he discovered that there appeared to have been a terrorist attack near the Houses of Parliament. He thought to himself how ironic it was, as an Israeli, to have come to England and experience a terror attack. However, he realized that as Islamic State is unfortunately everywhere, and these attacks take place in cities all over the world, it was not so surprising, but just a sad reflection of life in today’s world.

He said that until he got married a few months ago, he lived near the Old City and therefore, unfortunately, he has experience witnessing terrorist attacks and their aftermath. He said that, given that, Baruch Hashem, this kind of event is rare in the U.K., the emergency services were remarkably well-prepared and trained. Mr. Halpern described the area as looking like “a war zone”, and said that it would be impossible to praise the performance of the police force and ambulance staff too highly.

When asked if there was an atmosphere of panic, Mr. Halpern said that once people realized that the terrorist had been shot and could do no further harm, there was no panic. On a personal level, particularly given his experiences in Israel, he felt the same way. The emergency services were doing their job extremely well, and everyone else was trying to stay out of their way and be as supportive as possible.

He commented that at no time, as a visibly Jewish person, did he feel particularly threatened. He and his wife were somewhat nervous about traveling home on the Underground, in case there might be a series of attacks as in 2005, but decided that this was not likely to happen, and took the train back to where they were staying.