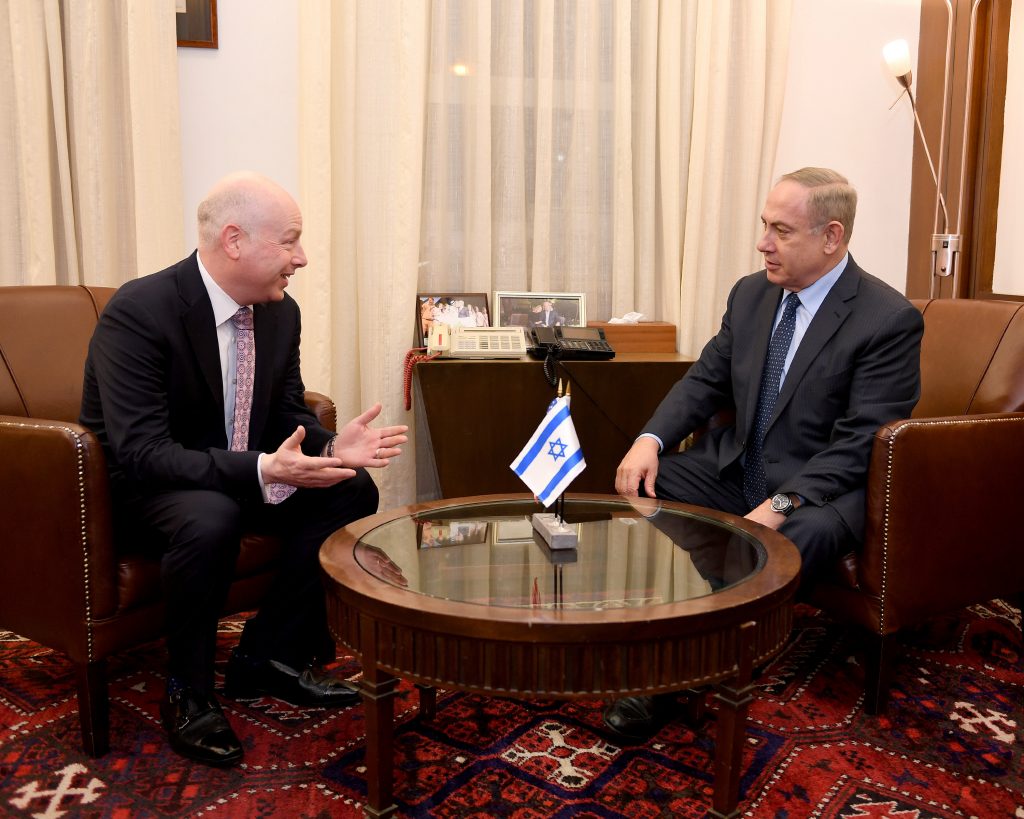 Prime Minister Binyamin Netanyahu said on Wednesday that “significant progress” has been made toward a jointly agreed policy with the U.S. on construction in Yehudah and Shomron.

“The talks have not been completed, but there is progress and we will hear about it when we reach Israel,” he told reporters just before his plane departed for a return trip to Israel.

However, Mr. Netanyahu said that while he is flexible in other areas, such is not the case with Yerushalayim.

“I won’t negotiate on the issue of Yerushalayim,” he said.

Regarding the three-day trip just completed, where the focus was strengthening economic ties with China, Mr. Netanyahu said $2 billion worth of deals were signed.

While Mr. Netanyahu has been away in China, his chief of staff Yoav Horowitz and Israel’s Ambassador to the U.S. Ron Dermer have been in Washington pursuing negotiations with White House envoy Jason Greenblatt to seek resolution of “different viewpoints” on the issue of building.