World One Country Where Hardliners Might Not be Poised for Election Success: Iran
World 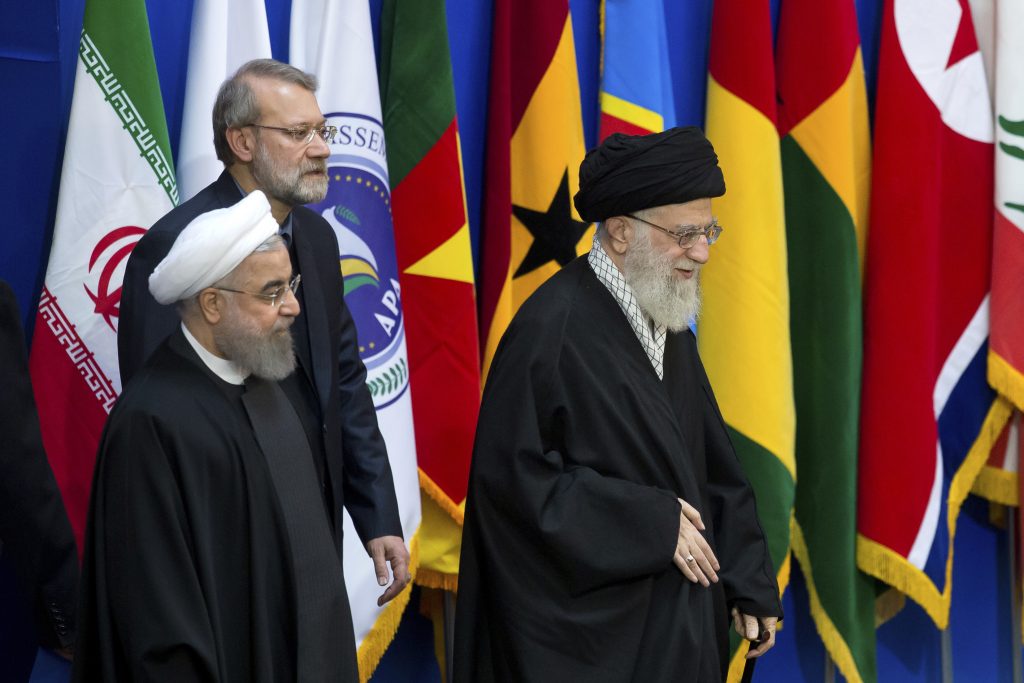 Iran’s conservatives have been vocal in their criticism of President Hassan Rouhani, dismissing his outreach to the West as naive and the nuclear deal he championed as an economic failure.

But when it comes to challenging the moderate Mr. Rouhani for re-election in May, the hardliners, who oppose expanding political and social freedoms, are struggling to agree on a message or candidate.

Ten possible candidates put forward by a bloc of political leaders this month are all seen as lacking the stature to oppose the first-term incumbent. Arguably the country’s most respected conservative, parliamentary speaker Ali Larijani, has thrown his support behind Mr. Rouhani.

While the field of aspirants won’t be finalized until April, analysts say it is becoming clear that Mr. Rouhani — a soft-spoken cleric who has staked his presidency on ending Iran’s isolation and reopening its economy to foreign investment — is likely to secure a second term in the May 19 vote.

“Rouhani is in a very strong position at this moment,” said Behrooz Ghamari, an associate professor of history at the University of Illinois. “The conservatives are in such disarray and finding it too difficult to rally around an agreed-upon agenda to pose any threat to Rouhani.”

It is always challenging to interpret political maneuverings before Iran’s elections because all candidates must be approved by the conservative Guardian Council, and no one runs for office without the approval of the theocracy’s supreme leader, Ayatollah Ali Khamenei.

But Ayatollah Khamenei has shown a predilection for continuity. Since he became head of state in 1989, all three presidents before Mr. Rouhani have served the maximum two four-year terms. And Iran’s conservatives are notoriously unruly; they last agreed on a single candidate two decades ago.

Mr. Rouhani’s technocratic administration, led by the U.S.-educated foreign minister Mohammad Javad Zarif, promised that an easing of international sanctions following the nuclear deal would help revitalize Iran’s economy. But many unilateral U.S. sanctions remain in place, hindering the foreign investment that could fuel a recovery.

The nuclear deal with the U.S. and five other world powers calls for Iran to suspend uranium enrichment, which experts said could be used to develop a nuclear weapon, in exchange for a lifting of international sanctions.

The supreme leader has criticized Mr. Rouhani, most recently this month, for failing to stem rampant unemployment. At weekly Friday prayers, which the ruling theocracy uses to get its message out, Ayatollah Mohammad Emami Kashani echoed Khamenei’s message by saying: “No more talk about a long-term plan for improving employment. People must feel the improvement in their daily lives.”

Such statements have led many Iranians to wonder whether the Guardian Council would even allow Mr. Rouhani to stand for re-election. But with President Donald Trump’s administration threatening to reconsider the nuclear deal and take action over Iran’s support for Syrian President Bashar Assad, experts say Iran is facing growing uncertainty beyond its borders.

“It is very unlikely that the system disqualifies Mr. Rouhani,” said Ali Vaez, Iran analyst with the International Crisis Group. “Doing so amid concerns over Trump’s policy toward Iran could add instability to uncertainty.”

At the same time, Vaez said, the consistent criticism from Ayatollah Khamenei and his allies suggests that “even if the president receives a second mandate, it would be a weaker one.”

Mr. Rouhani appears convinced he will be a candidate again, this month assigning a widely respected moderate — Mohammad Ali Najafi — to help run his campaign. Najafi, an MIT graduate, has begun the reelection effort by reaching out to voters on university campuses, one of the urban constituencies that voted resoundingly for the president in 2013.

For reformists who seek greater political and social freedoms, Mr. Rouhani remains popular despite his inability to roll back restrictions on the media, the way women dress and other aspects of Iranians’ private lives. Analysts say these voters know that the ruling clerics are not ready to see anyone more culturally permissive than Mr. Rouhani take power for fear of sparking protests like those that followed the disputed 2009 election.

“Anyone more reformist and culturally and political more open-minded than President Rouhani would cause social upheaval that could go wildly out of control,” said Farshad Qourbanpour, a political analyst in Tehran who is close to the reformist camp.

“Suppressing that wave, once it rises, would be very costly for the theocracy.”

Although many Iranians have not felt it in their wallets, the economy is showing signs of improvement since President Rouhani took office. After contracting in 2013, the economy grew by an estimated 7 percent last year, according to the Khabar news website. The inflation rate has dipped below 10 percent, while unemployment officially stands at 11 percent, though experts believe it is much higher.

Perhaps the strongest boost Mr. Rouhani received was from Larijani, the parliamentary speaker and a longtime adviser to the supreme leader. As conservative leaders called on their camp to agree on one candidate to oppose Mr. Rouhani, Larijani pointedly said he would not join their bloc and signaled that he would like to see Rouhani re-elected.

Experts say Larijani has formed a good working relationship with the president. With Mr. Rouhani likely to win again, Larijani could have his eye on being a candidate in 2021.

“I doubt that he would pre-empt his presidential chances in the long run,” said Rouzbeh Parsi, a lecturer in human rights studies at Sweden’s Lund University, speaking of Larijani. “If he still has those ambitions, it would be smarter to wait four years.”