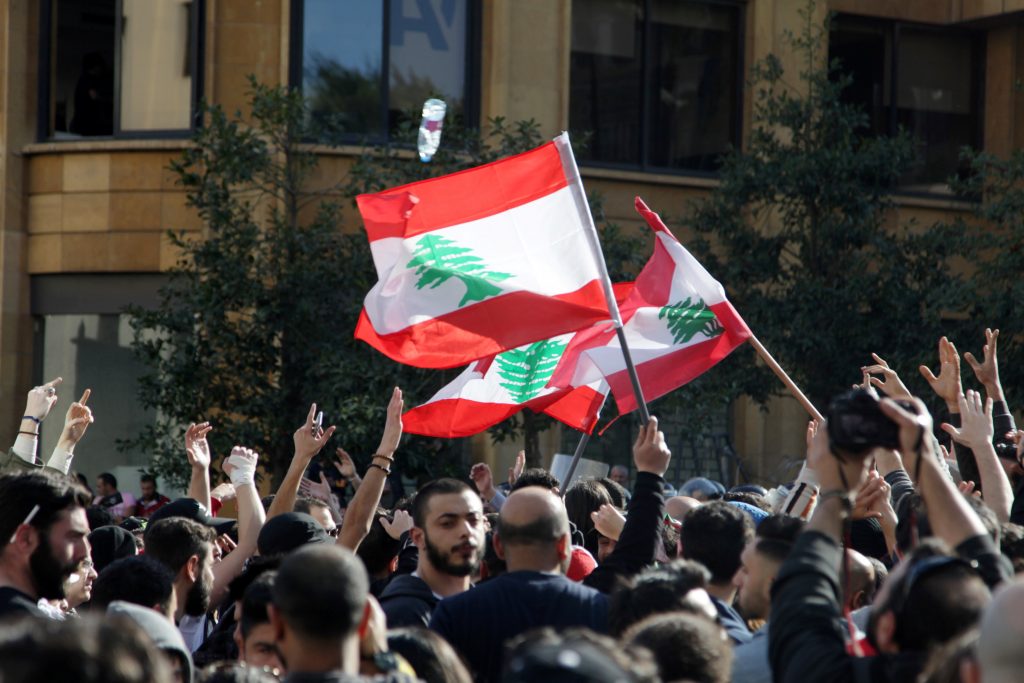 “The road will be long … and we will be by your side and will fight corruption,” Hariri vowed. But protesters shouted “thief” and threw plastic bottles at the premier, who left soon after.

On Twitter, Hariri later urged activists to form a committee “to raise their demands and discuss them positively.”

Protester Tania al-Khoury said the government was “imposing taxes that constantly pile up, without providing anything in return — no services, no public transportation, no medical care.”

Scores of policemen barricaded the entrances to the government headquarters and parliament during the protest, which followed three days of smaller demonstrations in Beirut.

Lebanese authorities are seeking to raise taxes to help agree on a deal increasing wages for public employees, part of a wider effort led by Hariri to approve the country’s first state budget in 12 years.

Lawmakers approved several hikes last week, the most prominent being a one-percentage-point increase in the sales tax. Parliament still has to approve others in the coming weeks, and the president must then sign off on all of them, before the new taxes take effect.

Protesters flocked to Beirut on Sunday, waving Lebanese flags and blasting the words “We will not pay” through their megaphones.

In recent days, various civil society groups and some leading political parties have called for people to take to the streets in protest.

The Christian Kataeb party and the Progressive Socialist Party, led by Druze politician Walid Jumblatt, have staunchly opposed the new taxes. The Iranian-backed Shi’ite Hezbollah movement has also voiced reservations about some of the increases.

Aoun’s election ended a 29-month presidential vacuum in a country that had been crippled by political gridlock for years.

“We had hopes for this new government, but unfortunately … these politicians are still exploiting resources for their profit,” said protester Mahmoud Fakih. “This is to refuse the taxes that are being imposed on poor people.”

Signs and slogans accused parliament of theft and people chanted for lawmakers to step down. “Take your hands out of my pockets,” one placard read.

Lebanon’s parliament has extended its own mandate twice since 2013, a move that critics, including the European Union, have condemned as unconstitutional. Current lawmakers were elected in 2009 for what was meant to be four-year terms.

Anger at Lebanon’s government has fueled repeated protests in central Beirut over the last two years, particularly in the summer of 2015, when politicians failed to agree on a solution to a trash disposal crisis.

Piles of garbage festered in the streets, prompting massive protests that were unprecedented for having been mobilized independently of the big sectarian parties that dominate Lebanese politics.