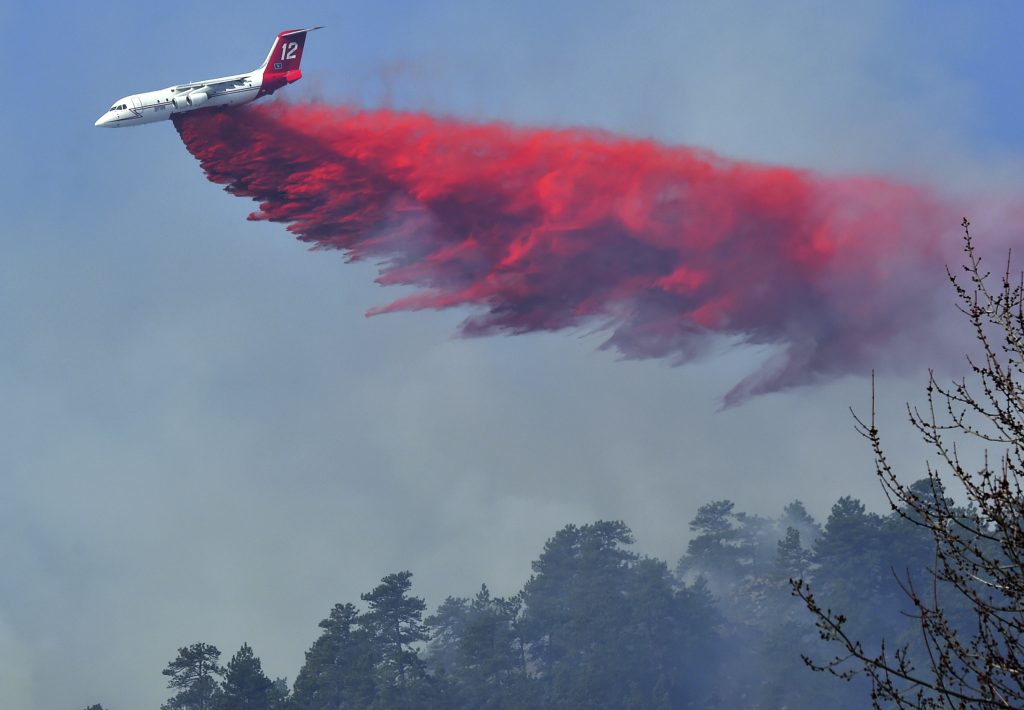 A wildfire burning just outside Boulder, Colorado, has led hundreds of residents to evacuate and has put more than 800 homes on notice that they might have to leave soon as authorities battled the fire amid drought conditions.

There are no reports of significant property damage or injuries due to the fire near Sunshine Canyon, west of the city, said Gabi Boerkircher, a spokeswoman for the Boulder Office of Emergency Management. The high temperature Sunday was forecast to reach 76 degrees, with possible high winds in the afternoon.

“Not a great day to be fighting a fire, that’s for sure,” Boerkircher said.

The Boulder Office of Emergency Management says 426 homes were evacuated before dawn Sunday, while an additional 836 homes were warned to be prepared to leave if conditions worsen.

Evacuation calls to residents went out through the reverse 911 system in the middle of the night. Sam and Coila Maphis slept through their 2 a.m. call – a pre-evacuation notice telling them to get ready to go – but were roused when a neighbor began banging on their back window at 4:30 a.m. They packed financial documents, passports and a jewelry box into their car and waited. In the dark, pre-dawn hours, they could clearly see the fire burning; they said it looked like a sunset sitting on top of a dark ridge.

“It was very, very vivid. You could really see the crimson, orange and red. And then it came over the ridge, started to walk down the hill,” said Sam Maphis, a retired engineer. “That’s when we started to get worried.”

The response to the fire included eight aircraft, which dropped a fire retardant called slurry on the area, according to the Boulder Office of Emergency Management. The cause of the fire is not yet known, Boerkircher said.

Eastern Colorado has been experiencing drought conditions for the past three to four weeks. March is normally the snowiest month, with an average of more than 11 inches of snow in Denver. But more than halfway through the month, the area has gotten no snow and just 0.02 inches of rain, according to Natalie Sullivan, a meteorologist with the National Weather Service in Boulder.

“This is very abnormal,” Sullivan said. “We’ve had dry conditions, low relative humidities, high winds, and all of those put together means that if a fire were to start, there’s a chance it could spread very rapidly.”