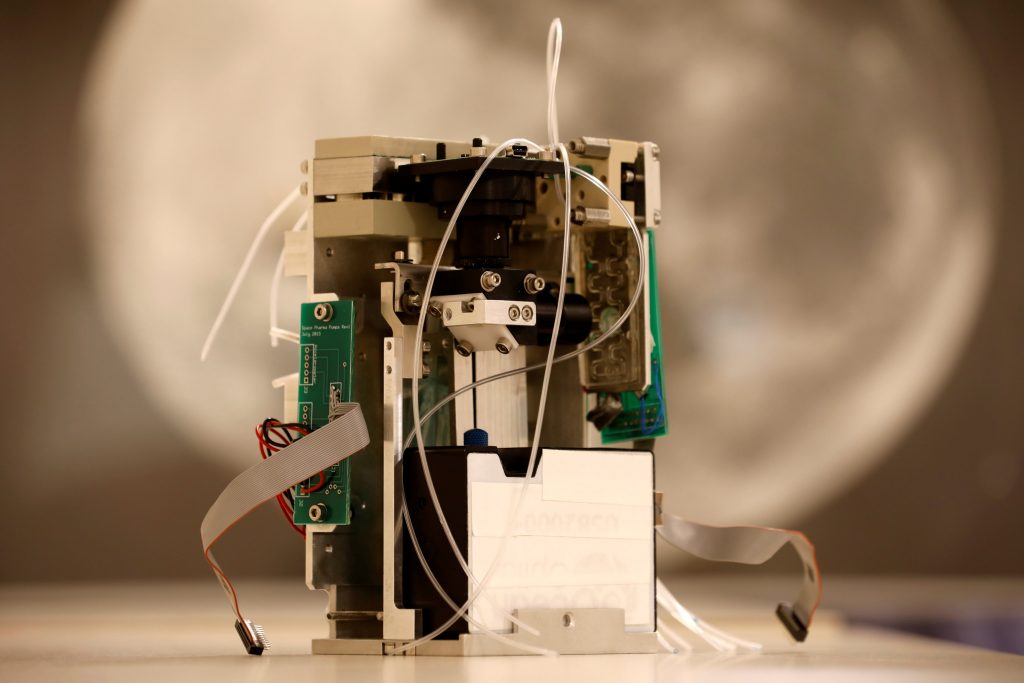 Orbiting the earth at more than 300 miles, a tiny satellite with a laboratory shrunk to the size of a tissue box is helping scientists carry out experiments that take gravity out of the equation.

The technology was launched into space last month by SpacePharma, a Swiss-Israeli company, which on Thursday announced that its first experiments have been completed successfully.

In space, with hardly any interference from earth’s gravity, cells and molecules behave differently, helping researchers make discoveries in fields from medicine to agriculture.

Nestle turned to zero gravity — or what scientists refer to as microgravity — to perfect the foam in its chocolate mousse and coffee, while drugmakers like Eli Lilly have used it to improve drug designs.

Usually experiments are sent up to the International Space Station and carried out with the help of astronauts, or they are conducted on parabolic airplane flights that enjoy short intervals of weightlessness.

SpacePharma says its miniature lab is a new way for researchers to work in microgravity for extended periods.

“Everything can be done remotely while the system is in outer space,” said founder Yossi Yamin. “We upload the link with the command files to the lab, and the experiment takes place.”

Clients then receive data and images directly from the experiments, which are carried out on custom-built glass chips and can be run multiple times to test different reactions.

The satellite currently in space holds four experiments, the first being done for a German research institute.

A second launch, also with four experiments, is scheduled for August and includes research for a top tier pharmaceutical company, Yamin said.

By next year he hopes to begin sending up satellites that each hold some 160 experiments.