National Snow Slams Northeast, Though Less Than Expected in NYC and Philly
National 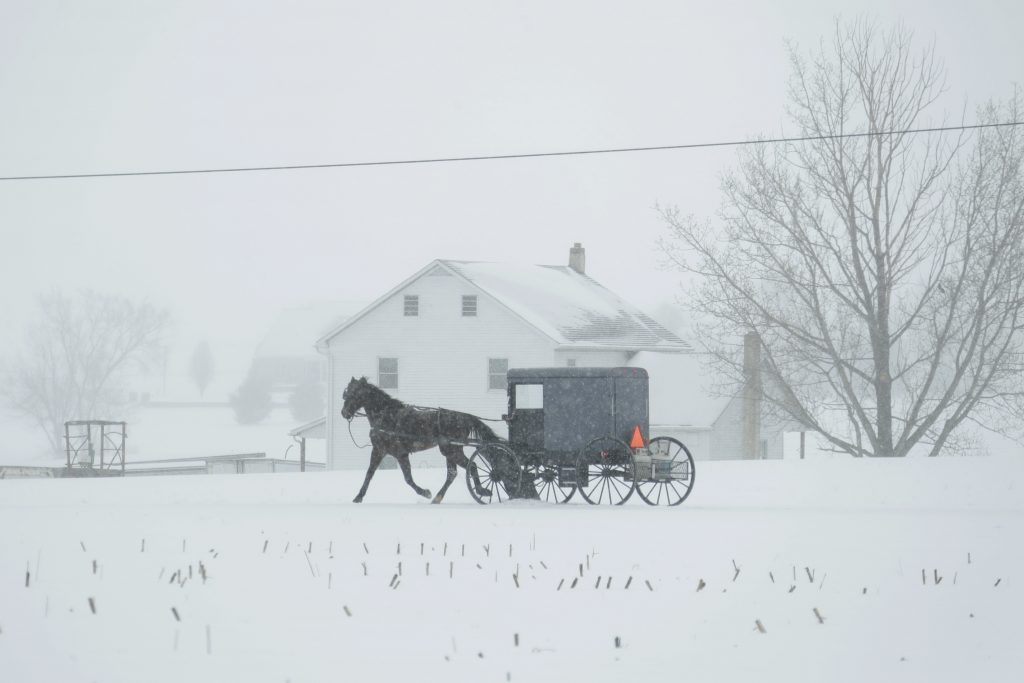 A sloppy late-season storm lashed the Northeast with sleet and more than a foot of snow in some places Tuesday, paralyzing much of the Washington-to-Boston corridor after a remarkably mild February had lulled people into thinking the worst of winter was over.

The powerful nor’easter grounded more than 6,000 flights, knocked out power to over 180,000 customers from Virginia northward, closed schools in cities big and small and prompted dire warnings to stay off the roads. Amtrak suspended service and the Post Office halted mail delivery.

As the morning wore on, the storm track shifted slightly and snow switched to sleet in Philadelphia and New York, prompting forecasters to lift blizzard warnings for the two big cities and cut their prediction of a foot or more of snow by over a half.

But residents farther inland got clobbered. Towns along Pennsylvania’s northern tier had nearly 16 inches of snow before 9 a.m., while a foot fell in the state capital of Harrisburg and nearly 2 feet in the Pocono Mountains. Wantage Township, New Jersey, got at least 17 inches.

“The winters seem to be upside down now. January and February are nice and then March and April seem to be more wintry than they were in the past,” said Bob Clifford, who ventured out on an early morning grocery run for his family in Altamont, near Albany, New York.

His advice: “Just hide inside. Hibernate.”

The above-ground portions of the New York subway system were shut down, and the flight cancellations included more than 2,800 in the New York City area alone, where hundreds of passengers were stranded at Kennedy Airport.

Laura and Matthew Balderstone of West Yorkshire, England, intended to spend their vacation in Florida but found themselves stranded at the Newark, New Jersey, airport and couldn’t find a hotel room.

“It’s better safe than sorry, especially flying. I suppose it’s a shame that we can’t get another way around this. It’s just the way it is, unfortunately,” Matthew Balderstone said.

In the nation’s capital, the federal government announced a three-hour delayed arrival for non-emergency employees, with an option to take the day off or telecommute. Emergency employees were told to report on time unless otherwise directed.

The nor’easter came a week after the region saw temperatures climb into the 60s, and less than a week before the official start of spring.

A few days ago, workers on Washington’s National Mall were making plans to turn on the fountains.

“Obviously all that has to come to an abrupt stop until we get all the snow cleared,” said Jeff Gowen, the acting facility manager for the National Mall and Memorial Parks. “The cherry blossoms, they’re right on the cusp of going into bloom here. I had a feeling this was going to happen.”

New York Gov. Andrew Cuomo declared a state of emergency and instructed non-essential state employees to stay home. In Massachusetts, where the forecast called for 12 to 18 inches of snow, Gov. Charlie Baker encouraged motorists to stay off the roads and to take public transit only if absolutely necessary, saying the fast snowfall rates would make driving hazardous.

“Good day to make brownies … and or read a book,” said Gov. Dannel P. Malloy of Connecticut, which was expecting up to 2 feet of snow in some areas.

The storm coincided with New Hampshire’s traditional Town Meeting Day, when voters in more than 100 communities elect boards of selectmen, library trustees and a host of other local positions, and in some locations, set their annual budgets.

Some towns postponed their elections because of the snow. But in Hopkinton, a steady stream of voters braved the blustery conditions to make it to the polls.

The heaviest snowfall was expected Tuesday morning through the afternoon, with as much as 2 to 4 inches per hour.

Pennsylvania Gov. Tom Wolf said about 700 National Guard members would be deployed along with more than 2,000 snowplows to keep up with the storm.