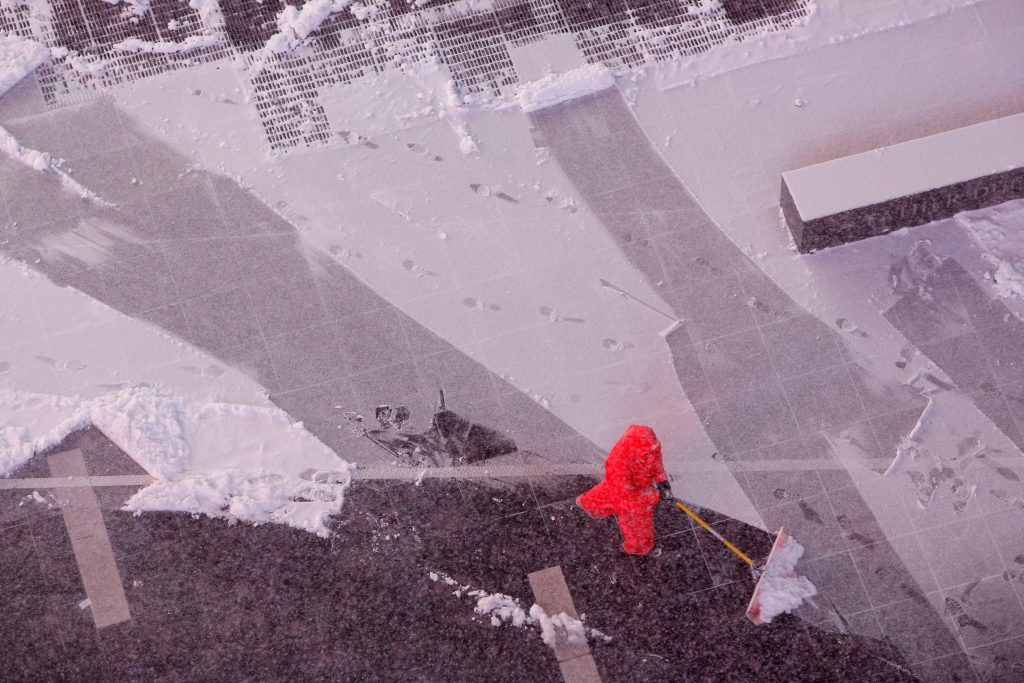 The National Weather Service issued blizzard warnings for parts of eight states including New York, Pennsylvania, New Jersey and Connecticut, with forecasts calling for up to 2 feet of snow by early Wednesday, with temperatures 15 to 30 degrees below normal for this time of year.

Some 50 million people along the Eastern Seaboard were under storm or blizzard warnings and watches.

“If you must go out, do so for as limited time period as possible … but the best thing to do is stay in,” New York Mayor Bill de Blasio said on Monday.

Above-ground subway service will be suspended at 4 a.m. local time as transit officials in the New York metro area warned that more bus and train routes could be suspended throughout the day.

“It’s a good day to stay home,” said New York Governor Andrew Cuomo on CBS Radio. “It is going to be a dangerous, dangerous situation.”

The Port Authority of New York and New Jersey readied hundreds of pieces of snow equipment at the three major New York area airports. Thousands of tons of salt and sand were prepared for airport roads, parking lots, bridges and tunnels. Airlines preemptively canceled more than 4,000 flights ahead of the storm, according to tracking service FlightAware.com. The airports with the most cancellations were Newark International Airport in New Jersey and Boston Logan International Airport.

Delta Air Lines canceled 800 flights for Tuesday for New York, Boston and other northeast airports. United Airlines said it would have no operations at Newark or LaGuardia.

“We’re keeping a close eye on things and depending on how things go, will plan to ramp back up Wednesday morning,” United said in a statement.

“When this thing hits, it’s going to hit hard and it’s going to put a ton of snow on the ground in a hurry,” Massachusetts Governor Charlie Baker said, urging people to consider working from home if they could.

The storm comes near the end of an unusually mild winter along much of the East Coast, with below-normal snowfalls in cities such as New York City and Washington, D.C.

Boston was braced for up to a foot of snow, which forecasters warned would fall quickly during the storm’s expected peak. Washington D.C., which often bogs down with even low levels of snow, was expecting 5 inches and twice that in outlying areas.

Snow fall will be heavy at times with as much as 4 inches per hour expected to fall with winds reaching up to 60 mph in parts of the northeast, the National Weather Service warned.

“Visibilities will become poor with whiteout conditions at times,” the service said.

German Chancellor Angela Merkel, who was due to meet President Donald Trump in Washington on Tuesday, postponed her trip until Friday, the White House said.

The United Nations headquarters said it would close on Tuesday, but the New York Stock Exchange vowed to remain open.