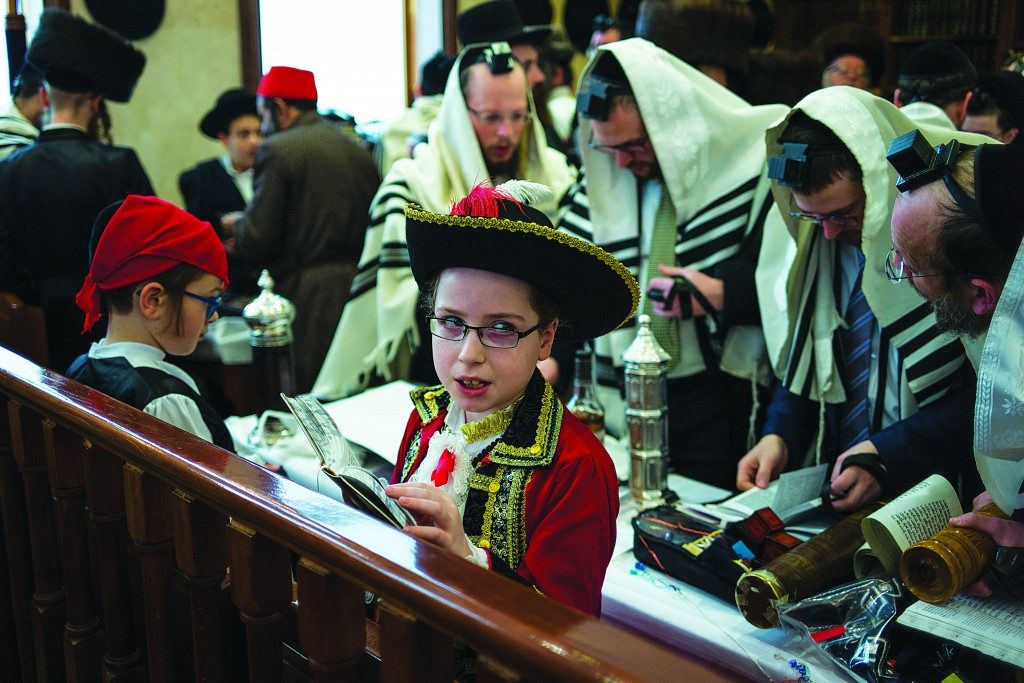 Once again, Klal Yisrael celebrated the joyous Yom Tov of Purim in a spectacular exhibition of generosity. Astronomical sums of money were discreetly distributed to the destitute, mostly through third parties to ensure the privacy and dignity of the recipients. Many of the donors are struggling financially themselves, yet in their eagerness to fulfill the mitzvah of matanos la’evyonim they scraped together whatever they possibly could.

In shuls and homes around the globe, Megillas Esther was read with tunes faithfully passed down through the generations. Countless packages of mishloach manos were lovingly put together and hand delivered, and lavish meals were eaten, accompanied by divrei Torah and songs of gratitude to Hashem.

On this most hectic day filled with mitzvos, there is little time to think. Now that Purim and Shushan Purim have passed, we have the opportunity to reflect on some of the lessons of the most relevant and pertinent story of this most lofty of days.

As the Krias HaTorah immediately prior to reading the Megillah reminds us, the story that played out in the days of Mordechai and Esther did not depict the first time our nation encountered the evil known as Amalek. Immediately after Bnei Yisrael left Egypt, despite the incredible miracles of the Ten Makkos and the splitting of the sea, Amalek viciously attacked. Bnei Yisrael were not near the borders of Amalek, nor was there any indication that they were about to trespass on Amalekite property.

Out in the Midbar, Bnei Yisrael had neither cities nor towns, nor any other type of properties to be conquered. Defeating Bnei Yisrael would not possibly expand the Amalekite kingdom or even gain it any new grazing grounds.

Nor, for that matter, did the attack come in response to an insult — imagined or otherwise. It came only from sheer undisguised hatred — not because of anything we did, but because of who we are.

Tragically, the story of Purim would hardly be the last time that Amalek would seek to annihilate our nation. Less than eight decades ago, more than six million of our brethren were massacred by a contemporary Amalek and their willing collaborators.

Adar, a month of joy, isn’t a time to mourn tragedies but is a most propitious time for Zachor — remembrance. In order to be able to recognize what we lost, we must first learn about what we had.

In the decades that have passed, we have witnessed a miraculous renaissance. From the ashes of utter destruction, a new world has emerged, filled with concepts that were once thought to be on the verge of extinction. The sweet sound of Torah learning reverberates in homes and yeshivos, chassidic courts have been rebuilt and are blossoming, and the communal and individual acts of chessed being performed are an essential part of our daily lives.

Sefarim teach us that by being the first to attack us, not only did Amalek seek to dispel the fear other countries had of initiating conflict with the nation of Hashem; it was the very emunah that Bnei Yisrael have in Hashem that they were so determined to weaken. This has been a primary goal of Amalek throughout the generations.

It shouldn’t take the toppling of tombstones and death threats to Jewish institutions for us to remember that we are Jews in exile entrusted with a specific mission. At the core of this mission is the strengthening and reaffirming of our emunah and bitachon. Ultimately, this is the most appropriate response to acts of anti-Semitism, and the most potent method of eradicating the spiritual threat of Amalek.

In the villages of prewar Europe, there was no shortage of Torah-observant Jews who — due to the extreme poverty that was so prevalent — hardly knew how to read. Yet they were raised and imbued with lofty levels of emunah peshutah that we can only envy. They had a deep and profound connection to their Creator — a connection that permeated every aspect of their lives.

Today, one would be hard-pressed to locate an observant Jew who can’t read. Yet, as Rabbanim and mechanchim have pointed out, what our generation is sorely lacking is that most vital ingredient of previous generations. We now have easy access to Torah knowledge that is unparalleled in our history. Yet we are in most desperate need of that connection, the emunah peshutah of the Jews of yesteryear.

Fortunately, we still have among us Holocaust survivors who are magnificent role models and living examples of emunah. Their numbers, sadly, are dwindling, and more than ever before we must do all we can to learn from and emulate these spiritual heroes.