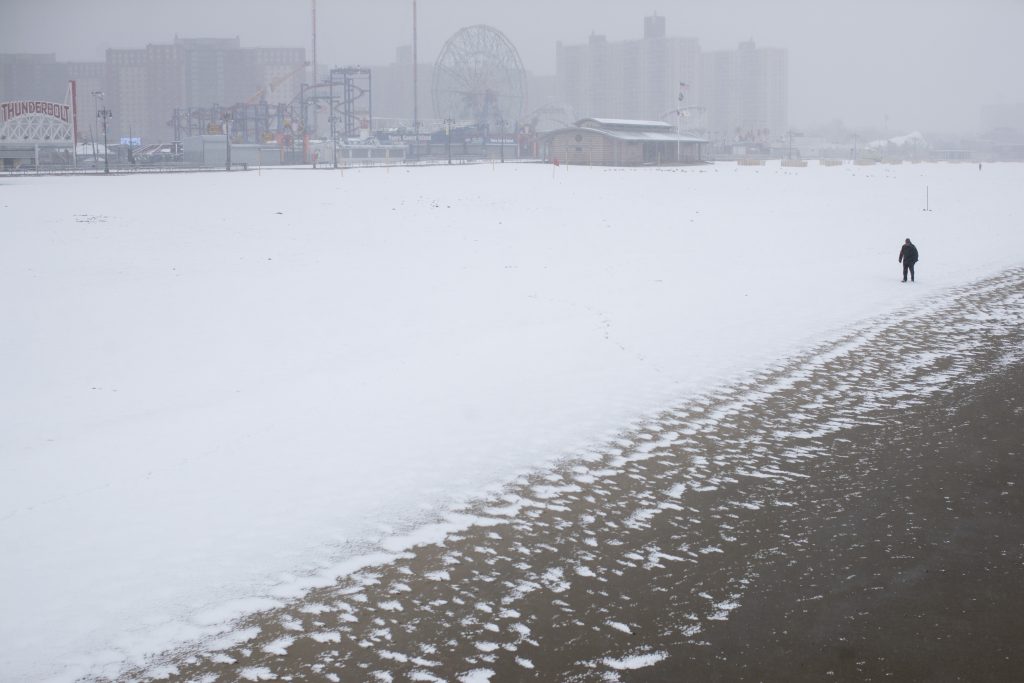 Sunny days and summery temperatures made it appear winter had made an early exit. But it’s not finished with us yet — at least in the Northeast where a powerful storm with high winds and up to a foot of snow is expected.

Forecasters at the National Weather Service said there’s a blizzard watch for coastal regions including New York City and Boston for Monday night into Tuesday. There also is a winter storm watch for a larger area that includes much of New Jersey, Pennsylvania, upstate New York and New England.

The severe weather comes just a week after the region saw temperatures climb into the 60s in what looked like a sign of balmy spring. The chilly weather and snow some areas got on Friday was just a teaser.

“It’s a noticeable difference. It’s going to be a cold week,” said Brian Hurley, a meteorologist at the weather service’s Weather Prediction Center in College Park, Maryland. Hurley said the forecast for severe weather is mostly confined to the eastern U.S., north of Washington, D.C.

Carlie Buccola, a weather service meteorologist based on Long Island, said a snowfall of 12 to 18 inches is predicted for the area along with sustained winds up to 30 mph with gusts up to 50 mph. Visibility could be a quarter mile or less, Buccola said.

Other areas, including the lower Hudson Valley and northeastern New Jersey, also could get 12 to 18 inches of snow, she said. Those areas are not under a blizzard watch because high winds and low visibility are not expected. Those blizzard conditions are possible in southern Rhode Island and coastal Massachusetts from Boston to Plymouth.

Washington is not officially under a winter storm watch but Hurley said it’s possible the city could get 4 to 8 inches of snow.