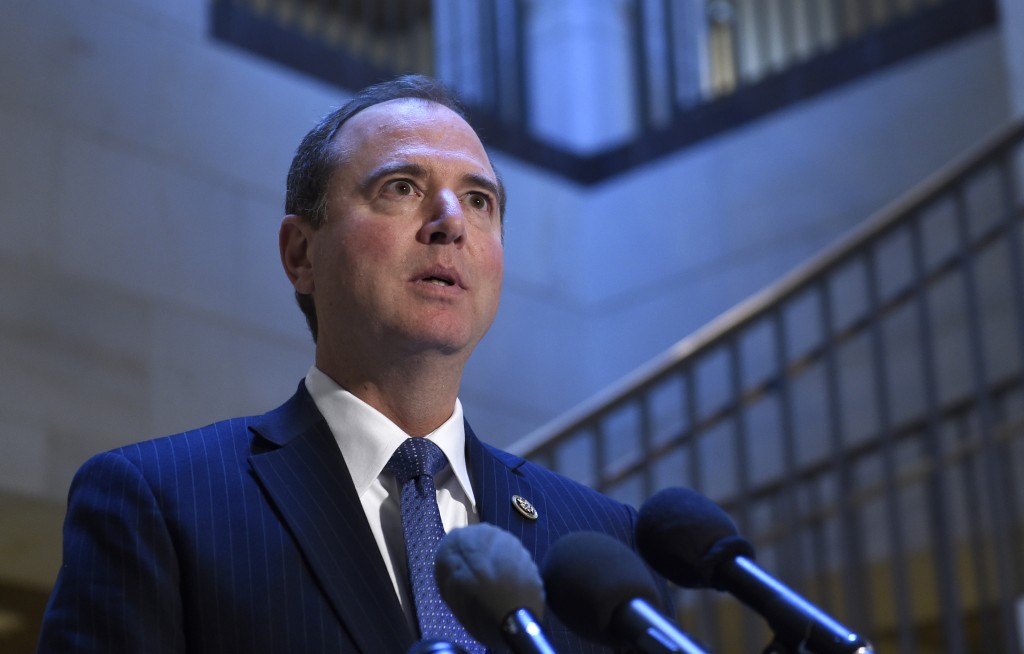 The House intelligence committee is asking the Trump administration for evidence that the phones at Trump Tower were tapped during the campaign as its namesake has charged.

President Donald Trump asserted in a tweet last week: “Terrible! Just found out that Obama had my ‘wires tapped’ in Trump Tower just before the victory. Nothing found. This is McCarthyism!” He continued the allegation against former President Barack Obama in other tweets but offered no evidence.

On Saturday a senior congressional aide said the request for evidence by Monday was made in a letter sent by the committee chairman, Rep. Devin Nunes, R-Calif., and the panel’s ranking Democrat, Rep. Adam Schiff, D-Calif., according to the aide, who wasn’t authorized to discuss the request by name and requested anonymity.

Obama’s director of national intelligence, James Clapper, has said that nothing matching President Trump’s claims had taken place, but that has not quelled speculation that Trump’s communications were monitored by the Obama administration. Trump has asked Congress to investigate.

Early in the week, Schiff said the committee would answer the president’s call to investigate the claim. He also said that he would ask FBI Director James Comey directly when he appears later this month before the full committee, which is investigating Russian activities during the election.

“We should be able to determine in fairly short order whether this allegation is true or false,” Schiff told reporters Tuesday evening at the Capitol.

Nunes has said that so far he has not seen any evidence to back up Trump’s claim and has suggested the news media were taking the president’s weekend tweets too literally.

“The president is a neophyte to politics — he’s been doing this a little over a year,” Nunes told reporters earlier this week.

Other lawmakers have asked for similar evidence. Declaring that Congress “must get to the bottom” of President Trump’s claim, Sens. Lindsey Graham, R-S.C., and Sheldon Whitehouse, D-R.I., asked Comey and Acting Deputy Attorney General Dana Boente to produce the paper trail created when the Justice Department’s criminal division secures warrants for wiretaps.