Destroying the Remnants of Amalek From Within 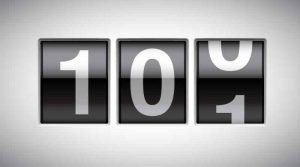 Although Purim was instituted by Chazal, there are two complementary Torah-ordained mitzvos that play an integral role in the Yom Tov: the negative command not to forget Amalek’s attack on the Jewish people as they journeyed out of Mitzrayim and the positive command to destroy the remnants of Amalek from the face of the earth.

These two mitzvos seem somewhat contradictory. Firstly, Amalek no longer exists or at least we have no way of knowing who his descendants are, so the mitzvah of physically eliminating him is not accomplishable.

Furthermore, the only one who keeps Amalek’s memory alive is Klal Yisrael. I do not think that he has even made his way into the history books or archaeological digs. If we would simply stop talking about Amalek for a few generations, it would effectively remove any remnant of his existence from Creation. If the key to Amalek’s final destruction is so solidly in our hands, what is the purpose of constantly focusing on the memory of this evil people?

I once heard a cryptic remark from my Rebbi, Harav Mordechai Gifter, zt”l, which, if fully understood, might shed some light on the issue. He mentioned that Amalek’s name can be broken into two parts: one to form the word “amel,” effort or toil, and the letter kuf, which corresponds to the number 100. “Amel kuf.”

The Torah tells us that Amalek struck the Jewish people in a place in the desert known as Refidim. Chazal explain that the name is an allusion to the Hebrew word, rifyon, weakness. They explain that Amalek was able to pounce, specifically because Klal Yisrael had slackened in their observance of Torah and mitzvos.

While there is no mention of the nature of Klal Yisrael’s deviation, perhaps we could deduce it from the nature of the event it begot.

Hashem often deals with the world according to the formula of middah k’negged middah — responding to human behavior in kind. As such, the key to revealing what was lacking among the Jewish people might lie in a deeper understanding of the essence of Amalek’s attack itself.

Amalek’s battle is something that defies logic. Chazal compare the incident to someone who jumps into a boiling hot bath, knowing full well that he will get burned, but driven to the act by a mad desire to cool the water. An enemy who does not care for his own life is unbeatable. The Secret Service can only protect the president against an assassin whose plans are predicated on having an escape route, but they are helpless against one who is willing to give his life for his crime.

In our terms, Amalek resorted to unconventional tactics of war. There were no limits to what he was willing to do to hurt the Jewish People. Like Hitler, who took badly needed trains from the Russian front to deport Hungarian Jews, his actions were not only illogical, but self-destructive.

Maybe now, we can revisit Rav Gifter’s allusion. The Gemara says that there is no comparison between someone who reviews his learning 100 times and the student who reviews it 101 times. On a superficial level, anyone can understand that each time one revisits a subject, his understanding deepens and it becomes more a part of him. But why these numbers? If we say 64 and 65 times, should not the very same principle apply?

The number 100, in all areas, is a symbol of ultimate accomplishment, a totality. Our system of percentages is based on 100. Someone who pushed himself to learn a blatt Gemara 100 times has reached the peak. The natural reaction of someone who reaches the summit is to celebrate, not to immediately trudge onward. The 101st time represents a push beyond all normal limitations.

Klal Yisrael were amel kuf, they toiled in serving Hashem, but within the boundaries and limited goals that they had set and imposed on themselves. Their misdeed was that the Jews in the Midbar, who had seen the wonders of Hashem’s salvation with their own eyes, began their acceptance of Torah and mitzvos with an attitude that there was a conceivable limit that they intended to meet.

The lesson that Amalek holds for us, until this very day, is that in reality, a Jew has no limitations besides those which he places on himself. We can learn to perform Torah and mitzvos as a “nachalah bli metzarim,” an inheritance with no borders.

Mitzrayim, as the very name suggests, represents limitations. When the Jewish people were enslaved there, their existence was defined by trying to meet a daily quota of bricks. The Midbar is just the opposite. The expansive desert, where Klal Yisrael existed in a wholly supernatural manner, teaches about a state of being beyond any boundaries. It was this approach that Amalek was attacking and which he hoped to destroy or at least taint in the hearts and souls of the Jewish People for all generations.

Chazal say that Hashem took Avraham Avinu out from under his natural mazal, and lifted him and his children up to an existence above the laws of nature. Harav Yonasan Eibschutz, zt”l, explains that this is the key difference between Klal Yisrael and the nations. When the children of Esav and Yishmael were offered the Torah, they could not accept, because there were elements that conflicted with their national character. For Esav not to kill goes against his personality; how could he agree to a Torah that forbids it? The Jewish People’s unconditional acceptance cuts to the heart of their essence, which is a refusal to be bound by any given nature when it comes to avodas Hashem.

This is the war against Amalek that a Jew must wage every day of his life, all the more so on Purim, a time to let our aspirations soar. Not only banging out Haman’s name as it is read in the Megillah, but many of the mitzvos of the day, push us to remember that we can go far beyond the box that we spend the rest of the year building around ourselves.