World Syrian Army Has Retaken Palmyra From IS
World 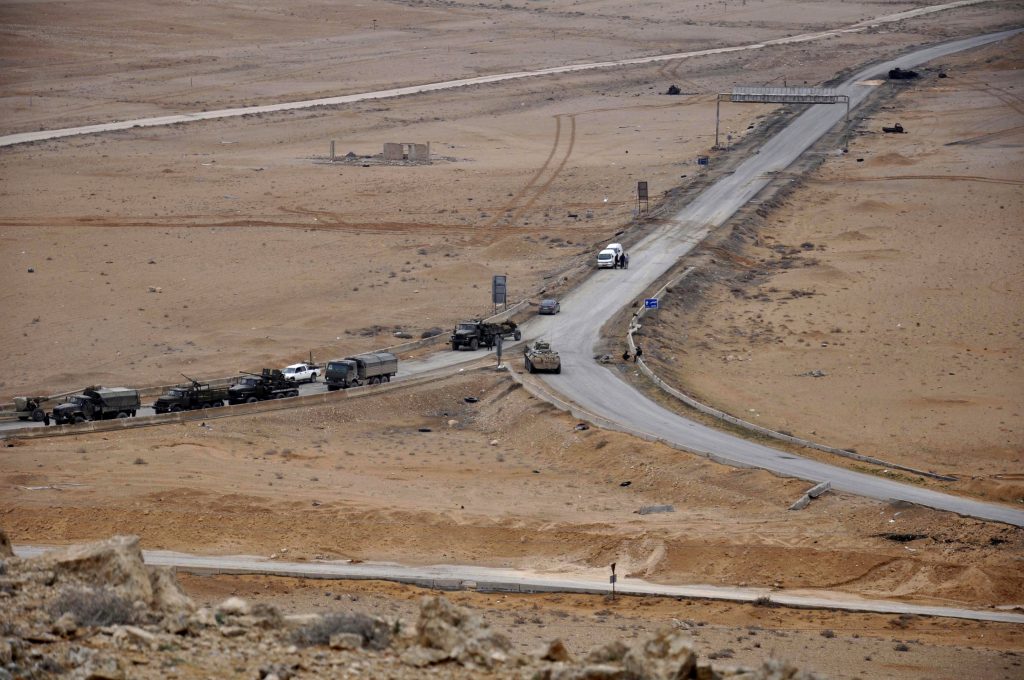 Syria’s military has announced that it has fully recaptured the historic town of Palmyra from the Islamic State terror group for the second time in a year.

The army statement released on Thursday evening says that government forces are now in control of the town, following a series of military operations and with the help of Russian air cover and in cooperation with “allied and friendly troops” — shorthand for Lebanese Hezbollah fighters.

IS defenses of the town had begun to erode on Sunday, with the government troops reaching Palmyra’s outskirts on Tuesday.

This is the government’s second campaign to retake the desert town. It seized Palmyra from Islamic State last March, only to lose it again 10 months later. Before the civil war gripped Syria in 2011, Palmyra was a top tourist attraction, drawing tens of thousands of visitors each year.