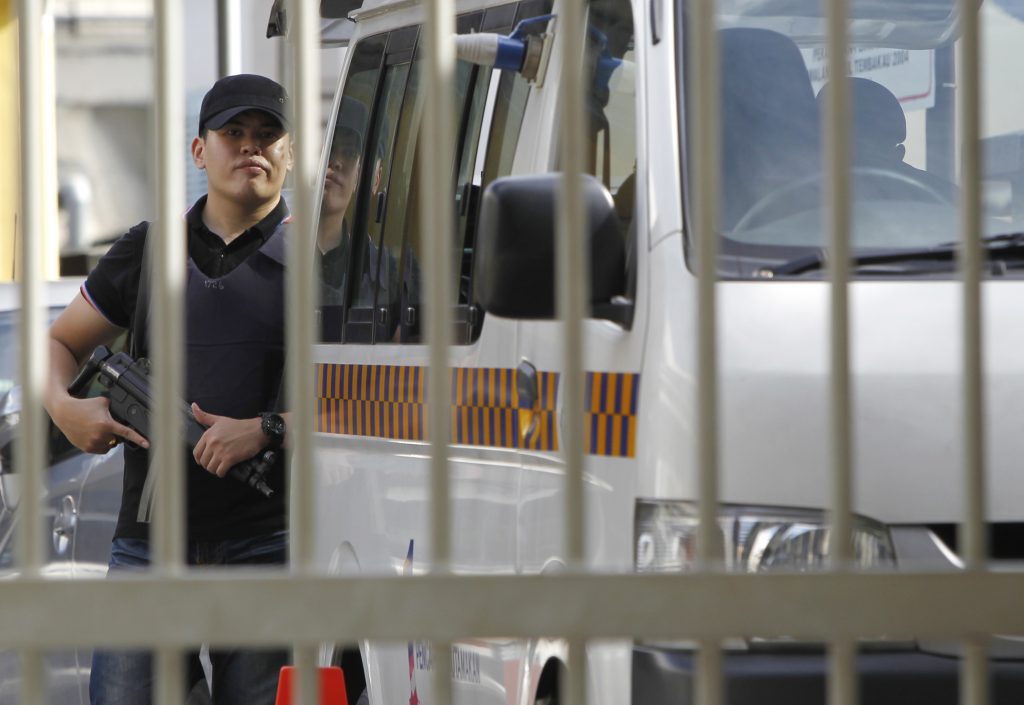 A North Korean man will be released from custody because of lack of evidence connecting him to the fatal nerve agent attack on Kim Jong Nam, the estranged half brother of North Korea’s ruler, Malaysian officials said Thursday. In a major fallout from the assassination, Malaysia also announced it was scrapping visa-free travel for North Koreans.

Officials never said why they arrested Ri Jong Chol four days after Kim was attacked at Kuala Lumpur’s bustling airport. On Thursday, Malaysian Attorney General Mohamad Apandi Ali said Ri will be released and deported because he does not have valid travel documents.

The attack was caught on grainy security camera footage that showed two women smearing something on Kim’s face as he waited for a flight in Kuala Lumpur on Feb. 13. Malaysian officials say the substance was VX nerve agent, a banned chemical weapon.

Kim was dead within an hour as the fast-acting poison coursed through his body, authorities say. No bystanders reported falling ill.

The poisoning has unleashed a serious diplomatic battle between Malaysia and North Korea. While it isn’t one of Pyongyang’s key diplomatic partners, Malaysia has been one of the few places in the world where North Koreans could travel without a visa. As a result, for years, it’s been a quiet destination for Northerners looking for jobs, schools and business deals.

That could all begin to change in the wake of Kim’s death.

Deputy Prime Minister Ahmad Zahid Hamidi said the visa-free arrangement with North Korea will be scrapped from Monday due to national security. He also slammed the North Korean ambassador in Kuala Lumpur who accused Malaysia of “trying to conceal something” and “colluding with hostile forces.”

“We don’t want to make enemies, but if they had used Malaysia for their own agenda, they should not accuse Malaysia and tarnish our image on the international stage,” Zahid said. “We will act firmly to guarantee the safety of our people. Don’t ever use Malaysia as a base to do anything you like.”

The two female suspects caught in the security footage were charged with murder in a Malaysian court Wednesday. They face the mandatory death sentence if convicted. Both say they were duped into thinking they were taking part in a harmless prank.

“I understand but I am not guilty,” Vietnamese suspect Doan Thi Huong told the court in English after the murder charge was read.

The other suspect, Indonesian Siti Aisyah, nodded as her translator told her, “You are accused of murdering a North Korean man at the departure hall” of Kuala Lumpur International Airport.

The women did not enter pleas because the magistrate court where they appeared has no jurisdiction over a murder case. Lead prosecutor Iskandar Ahmad told the court he will ask for the case to be transferred to a higher court and for the women to be tried together.

Both women were originally from modest farming villages and had moved to their countries’ capitals seeking a better life.

Also Wednesday, the court approved a gag order to prevent police and potential witnesses from making public statements about the case.

North Korea is widely speculated to be behind the killing, particularly after Malaysia said that VX had killed Kim. Experts say the oily poison was almost certainly produced in a sophisticated state weapons laboratory.

North Korea’s official news agency called that finding the “height of absurdity” on Wednesday, saying the two women could not have used such a deadly toxin without killing or sickening themselves and anyone around them.

North Korea opposed Malaysian officials even conducting an autopsy on Kim, while Malaysia has resisted giving up the body without getting DNA samples and confirmation from next of kin.

Authorities are seeking seven other North Korean suspects, four of whom fled the country the day of Kim’s death and are believed to be back in North Korea. Others sought include the second secretary of North Korea’s embassy and an employee of North Korea’s state-owned airline, Air Koryo.

Kim Jong Nam was estranged from his half brother, North Korean leader Kim Jong Un. He reportedly fell out of favor with their father, the late Kim Jong Il, in 2001, when he was caught trying to enter Japan on a false passport to visit Tokyo Disneyland.

Isolated North Korea has a long history of ordering killings of people it views as threats to its regime. Kim Jong Nam was not known to be seeking political power, but his position as eldest son of the family that has ruled North Korea since it was founded could have made him appear to be a danger.