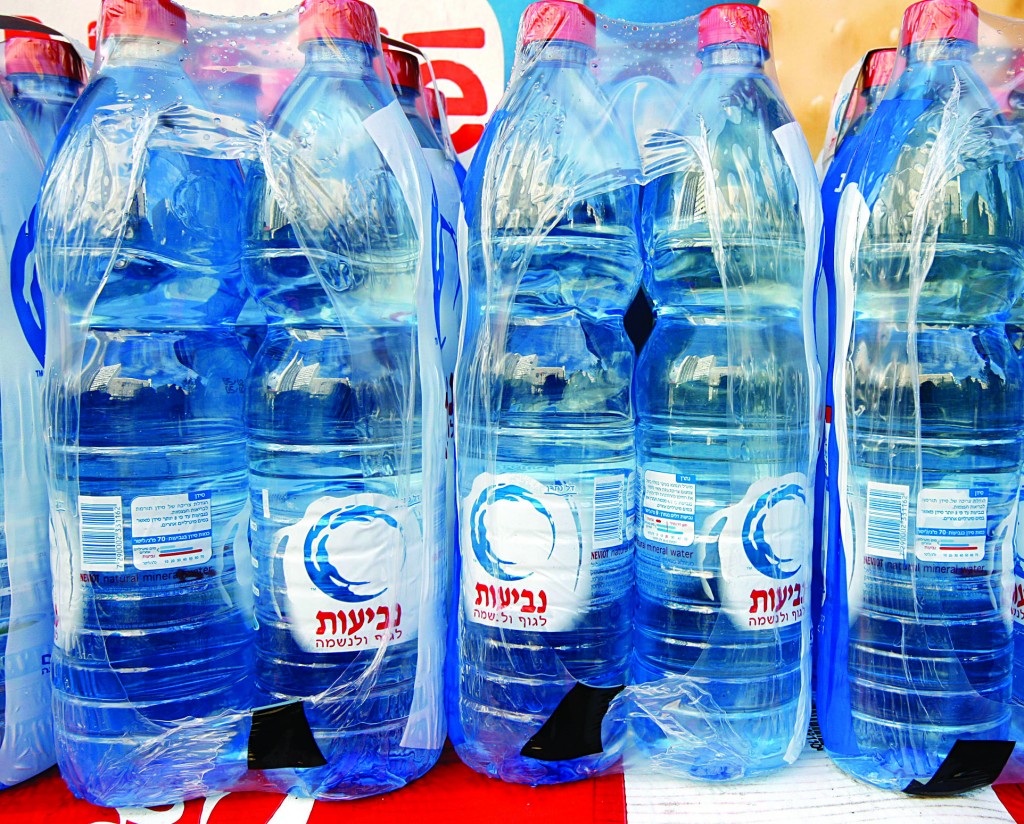 Although health officials have stressed that there is nothing to worry about, the public remains concerned over reports that tap water in Israel has higher than desirable levels of lead — and as a result, sales of bottled water have skyrocketed over the past month, business daily TheMarker revealed. According to a poll of retail stores, bottled water sales jumped 11.8 percent in January, with almost all the growth showing up in the last week of the month — right after a Health Ministry report said that there were higher than anticipated levels of lead in tap water in many Israeli cities.

Data for February has not yet been compiled, but storeowners who commented on the matter said that it appeared that the trend was continuing for that month as well.

In its report, the higher levels of lead were found in the water supplies of 29 towns and cities, including Haifa, Holon, Afula, Hadera, Zichron Yaakov and the Krayot suburbs of Haifa. Despite that, said Professor Itamar Grotto — director of public health issues in the Health Ministry — there was no need to panic. “The World Health Organization’s recommendations are not being violated in these places, and the danger from lead is negligible,” said Grotto. “The main message I would like to convey is that the water in Israel is safe.”

So safe is it, the Ministry said in a separate report, that Israel’s water is among the cleanest in the world. Basing its comments on reports by the U.S. Centers for Disease Control, the Ministry said that Israel’s clean water standards were among the world’s toughest, and that the water flowing from taps had a near-100 percent perfect record (99.7 percent, to be exact). The report was based on 6,000 spot checks of water quality over the past three years. In the rare cases where there were problems, action to correct the issues were swift and effective. There is no need to drink bottled or mineral water, the Ministry added; tap water in Israel is as good, or better, as any of the waters for sale.