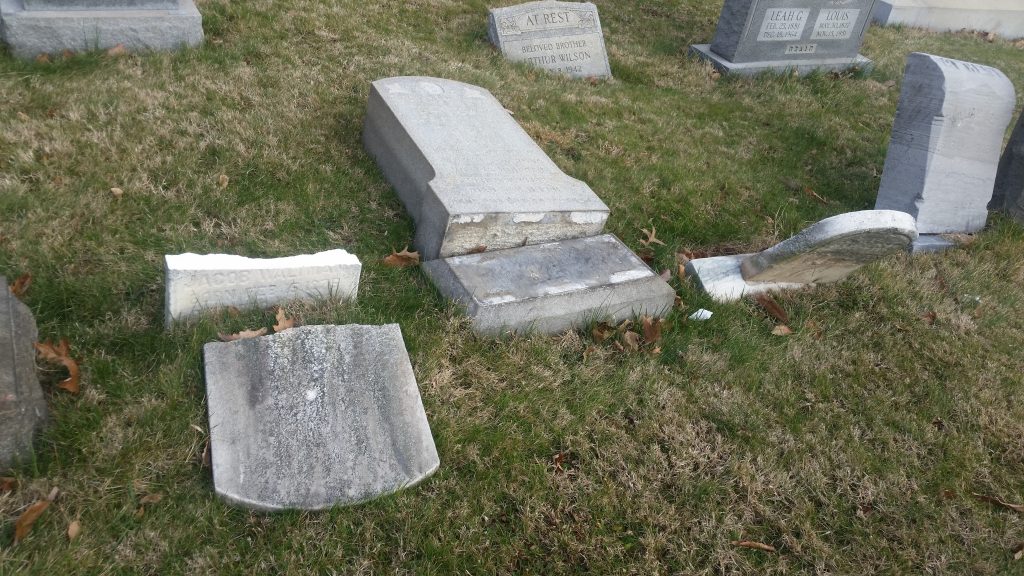 Scores of volunteers are expected to help in an organized effort to clean up and restore a Jewish cemetery in Philadelphia where vandals damaged hundreds of headstones.

The Jewish Federation of Greater Philadelphia says the work at Mount Carmel Cemetery will start Tuesday and take place each afternoon.

Volunteers of all faiths began showing up at the cemetery starting Sunday after news of the vandalism spread. A building trades union group has also offered its services for free.

Police have not yet determined who was behind the vandalism or the motive. The Anti-Defamation League is offering a $10,000 reward for information leading to an arrest, and the Fraternal Order of Police is offering $3,000.