General OPINION: Why I Might Ditch My Smartphone for the Resurrected Nokia 3310
Health, Science & Technology 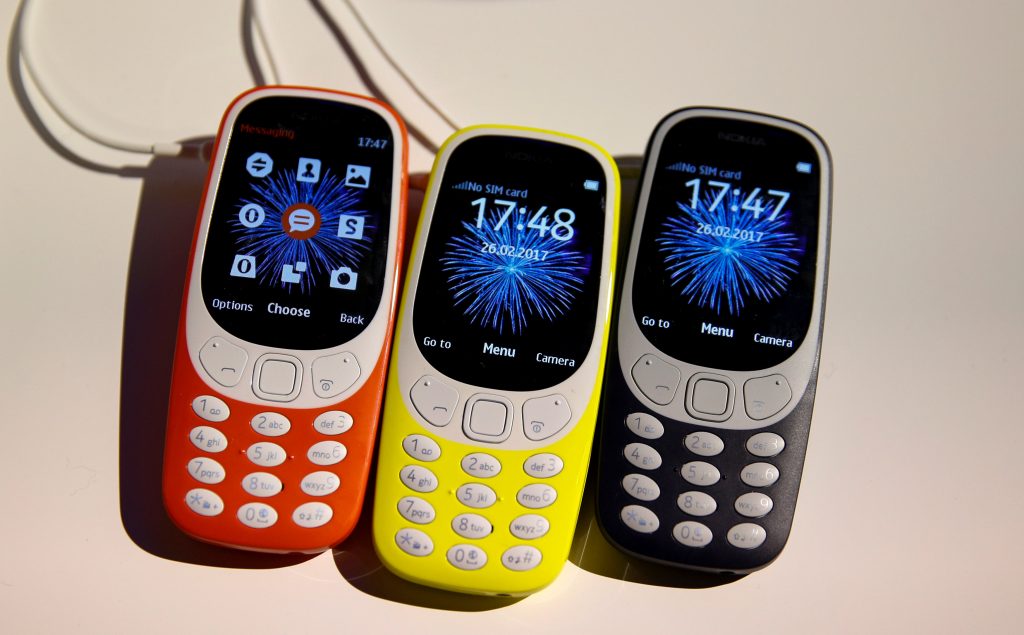 The comeback of the Nokia 3310, the icon of the “dumb phone” industry, is mainly a marketing gimmick by a Finnish startup. But there are plenty of reasons to embrace it as something more — as an antidote to these digitally toxic times.

Unlike the original, which was discontinued more than a decade ago, the rebooted model by HMD offers an internet browser and a color screen, though it’s not easy to surf the web on a 2.4-inch screen. But it’s not really a play for the dumb phone niche that still exists in emerging markets such as India and African nations at $52, enough to buy a cheap smartphone in almost any market. The average manufacturer price of a dumb phone sold in the third quarter of 2016, the last one for which data are available, was $19.

Customers who buy feature phones in India and Africa — and there are about 125 million such gadgets sold per quarter, compared with about three times as many smartphones — don’t care about nostalgia. They need functionality, sturdiness and a long battery life — common virtues of most feature phones available today. The 3310 is all about nostalgia, which the new model attempts to provide with a modernized version of the classic game Snake. The reputation of the phone is so legendary in Finland that it was featured in a set of “national” emoji put out by the foreign ministry to symbolize the idea of being “unbreakable.” Its predecessor and lookalike, the 3210, is Number 34 on Time Magazine’s list of “The 50 Most Influential Gadgets of All Time,” ahead of the Sony Discman and the Segway.

The 3310 relaunch probably isn’t about big sales. It’s meant to draw attention to the company’s first line of inexpensive and unremarkable Android-powered smartphones, also marketed under the Nokia brand. But I’m wondering if, after faithfully buying the latest model smartphone every year since before the first iPhone came out — and sometimes both the new iPhone and a flagship Android the same year — I should just get one of the new 3310s.

I’ll be the first to admit to a bad case of smartphone addiction. A 2016 Deloitte study said the average American checked his or her phone 47 times a day, and 18- to 24-year-olds did so 82 times a day, or about every 20 minutes if they get eight hours of sleep (50 percent of respondents, though, said they even checked their phones in the middle of the night). I’m no longer 24, but I fear I check my phone at least twice an hour when I don’t have access to a computer. It’s a useless habit; most people who message me would wait a few hours, and so would the column ideas I get from the social networks, the news, academic research and other people’s writings. I’ve found that no story can keep my attention for long because there all these others to look at on my smartphone. I get distracted by messages and tweets when I read. Uninstalling social media has only helped a little.

Research shows that smartphone addiction increases stress levels and, in students, negatively affects academic performance. That likely goes for work performance as well. And whatever I have gained by clicking on another link, I have lost in uninterrupted thinking or quality time with my family.

I’m not alone in feeling that using a smartphone is making my life more fragmented and thus possibly poorer. The syndrome is especially noticeable among tech writers. Vlad Savov, a gadget reviewer at The Verge, recently wrote a piece about going back to the dumb phone. By nature of his work, he’s as unable to go into full digital detox as I am, but he argued for carrying around a laptop. It’s not as easy to access at all times as a smartphone, but it covers all the work needs. Meanwhile, there’s always an open line of communication with family and colleagues on the dumb phone.

Obviously, any dumb phone could work for that purpose. But a special one like the Nokia 3310 is more of a lifestyle statement than most others: It tells those in the know that you’re an old-school nerd, not a Luddite. It’s a stylistic signal to the right people, a reliable conversation-starter, and it places its owner in a select group. I expect to get a warm and fuzzy feeling like the one I once had as a Land Rover Defender owner.

Most antique gadgets on that Top 50 list wouldn’t have the same appeal. The relaunch of the Apple II or the Commodore would demand sacrifice from nostalgic buyers. The 3310 does, too, but it’s useful sacrifice — the kind that has driven the comeback of Polaroid cameras and vinyl records. People tend to miss features they once traded for increased convenience, like the tangible miracle of an instantly printed photo or the warmth of traditionally recorded sound, and they want them back. This being the show-off century, they also want to let others know how they feel. Kudos to HMD for creating this intriguing opportunity, even if it doesn’t lead to commercial success.