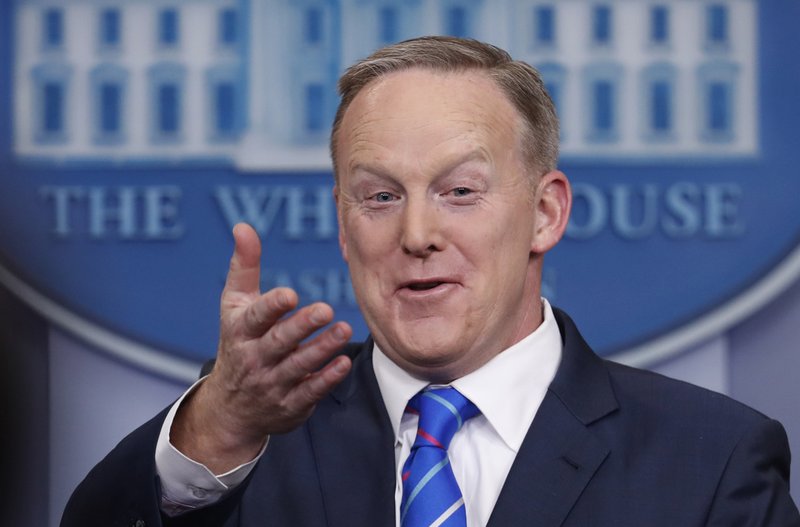 When White House Press Secretary Sean Spicer wanted to crack down on leaks last week, he collected his aides’ cell phones to check for communication with reporters. The crackdown quickly leaked.

Spicer’s losing round in Washington’s perpetual game of information whack-a-mole was hardly a surprise. In trying to plug leaks from anonymous sources, President Donald Trump and his aides are going after one of the most entrenched practices in Washington politics and journalism, an exercise that has exposed corruption, fueled scandals and spread gossip for decades.

But the practice has created several headaches for the new president, leading him, just weeks into his presidency, to publicly vow to try to punish “low-life leakers” in his own administration.

“Let their name be put out there,” Mr. Trump said before the Conservative Political Action Conference on Friday, accusing reporters of making up anonymous sources and stories. He declared that reporters shouldn’t be allowed to use sources “unless they use somebody’s name.”

“‘A source says that Donald Trump is a horrible, horrible human being.’ Let ’em say it to my face.”

But Trump’s administration has not been practicing what the boss preached. Despite the president’s anger about unnamed sources, White House budget officials insisted on anonymity on Monday as they outlined details of Trump’s spending plans to reporters on a conference call. The budget officials ignored requests to put the briefing on the record.

Mr. Trump isn’t the first president to be frustrated by leaks.

From the release of the Pentagon Papers on Vietnam policy, the Watergate scandal that brought down President Richard Nixon to Edward Snowden’s data dump of national security files, American history is filled with stories of government misconduct that came to light through information passed privately into the hands of journalists.

Sources have countless reasons for leaking, Sesno said. Maybe they’re raising a trial balloon, or shooting one down. Maybe they don’t like a policy being considered or want to report wrongdoing. Maybe they just want to talk back to the boss.

Journalists prefer sources go on the record; it lends more credibility to the stories. But on important areas of national security, it’s understandable when people insist upon anonymity, said Dean Baquet, executive editor of The New York Times, on CNN on Sunday.

“These are not people who pull us aside because they want to [get] Donald Trump,” Baquet said. “These are people who are worried about the direction of the government. These are people who are taking risks to talk to the media because they think these things need to be exposed. And I have to say, in an administration that has expressed so much distaste for the press and so much distaste for our role, are you surprised that some of the people who want to criticize the administration want to do it without their names attached? I’m not.”

Leaks have progressed beyond the days of clandestine meetings in darkened parking garages — although that still happens. Since leakers can be tracked if they use government-issued phones, journalists and sources have increasingly turned to encrypted messaging services, such as Signal, which aren’t logged by phone companies, with messages that can be programmed to self-destruct after they are viewed.

Spicer called the White House communications staff into his office to express his frustration with unauthorized leaks to reporters, according to two people with knowledge of the meeting but not authorized to discuss it publicly. He asked the aides to provide him with both their government-issued and personal cell phones so he could check communications with journalists.

He also told them that use of encrypted texting apps was a violation of the Federal Records Act and had representatives from the White House counsel’s office in the meeting, according to one person with knowledge of the meeting. That person said on Monday that Trump was not aware of the inquiry.

Spicer also requested that details of the meeting not be shared with the press. Politico first reported the meeting on Sunday.

Mr. Trump said he probably would have handled the situation differently than his press secretary, meeting with staff one-on-one instead, but perhaps still demanding to look at their phones.

In an interview with Fox News that aired Tuesday, the president denied there was a “major leak process” at the White House.

So who leaked this story?

Sesno said the Trump White House’s battle against leakers is likely fueled by a combination of being new to Washington and a genuine desire to control the message. But to some who knew Trump from a different era, it’s a little jarring.

In the 1990s, Trump was a frequent anonymous source of information about his social life said newspaper columnist Linda Stasi, who covered President Trump at the New York Daily News and New York Post. Once Trump called and pretended to be someone else delivering information about him, Stasi said she could easily recognize his voice.

Stasi said she got along well with Mr. Trump, even though she felt the relationship was more beneficial for her than it was for him.

“When it comes to politics, it’s a different game,” she said. “He’s turned into someone I don’t know.”

Ted Bridis and Jill Colvin contributed to this report.