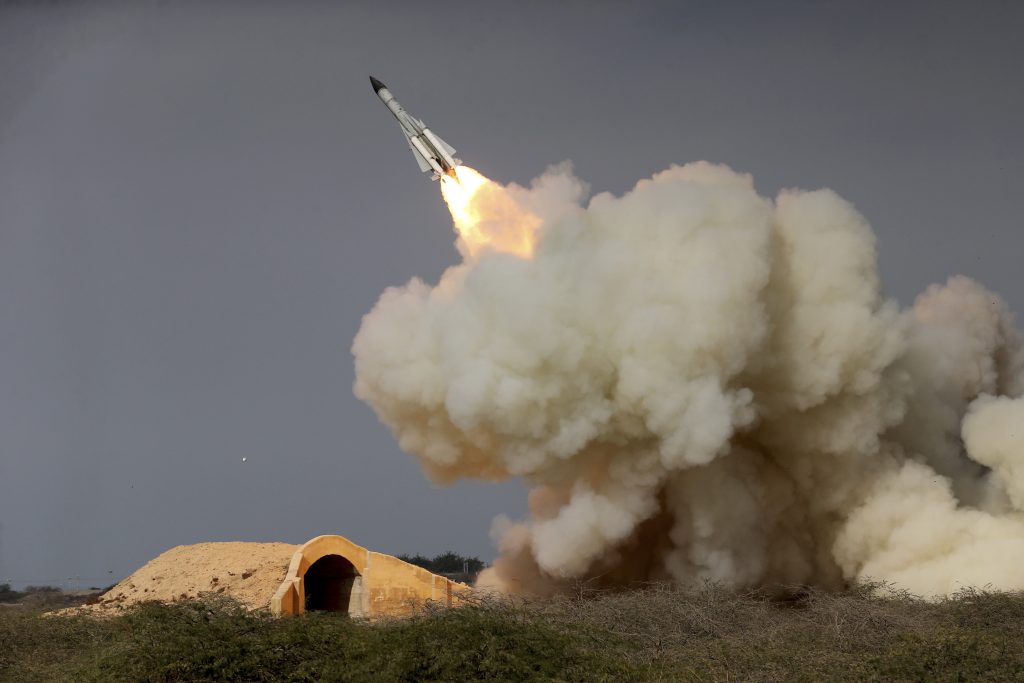 Iran launched naval drills at the mouth of the Gulf and the Indian Ocean on Sunday, a naval commander said, as tensions with the United States escalated after President Donald Trump put Tehran “on notice.”

Since taking office last month, President Trump has pledged to get tough with Iran, warning the Islamic Republic after its ballistic missile test on Jan. 29 that it was playing with fire and all U.S. options were on the table.

Iran’s annual exercises will be held in the Strait of Hormuz, the Gulf of Oman, the Bab el-Mandab and northern parts of the Indian Ocean, to train in the fight against terrorism and piracy, Rear Admiral Habibollah Sayyari said, according to state media.

Millions of barrels of oil are transported daily to Europe, the United States and Asia through the Bab el-Mandab and the Strait of Hormuz, waterways that run along the coasts of Yemen and Iran.

Navy ships, submarines and helicopters will take part in the drills across an area of about 772,000 square miles and marines will showcase their skills along Iran’s southeastern coast, the state news agency IRNA said.

The U.S. Navy’s Fifth Fleet is based in the region and protects shipping lanes in the Gulf and nearby waters.

Last month, a U.S. Navy destroyer fired warning shots at four Iranian fast-attack vessels near the Strait of Hormuz after they closed in at high speed. The vessels belonged to Iran’s Revolutionary Guards, which are not participating in the current war games.

President Trump said earlier this month that “Iran has been put formally put on notice” for firing a ballistic missile, and later imposed new sanctions on Tehran.