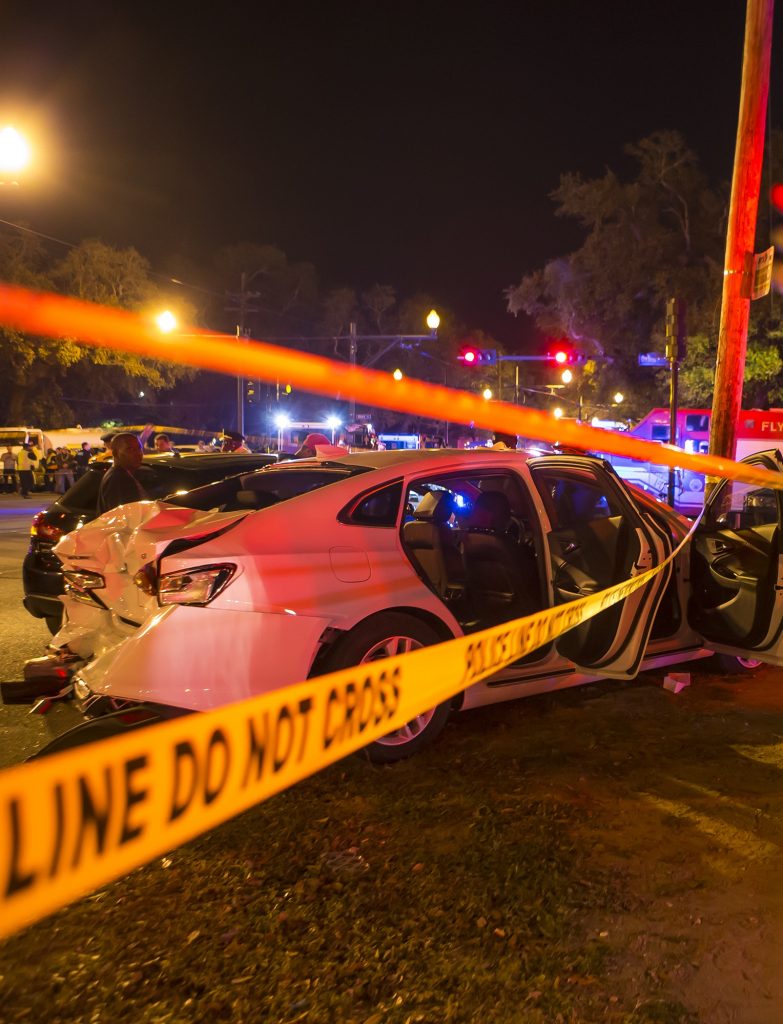 A drunk man plowed into a crowd at a Mardi Gras parade in New Orleans on Saturday night, one of the busiest nights of Mardi Gras, injuring 28.

The New Orleans Police Department issued a statement Sunday identifying the man as 25-year-old Neilson Rizzuto. Online jail records showed Rizzuto was arrested on a number of charges and was being held at the city’s jail. Police say a breath alcohol test determined that Rizzuto’s alcohol level was three times the legal limit after the he was arrested.

Of the 28 people hurt, 21 were hospitalized, and three had moderate to serious injuries. There were no fatalities.

The victims range in age from as young as three or four to adults in their 30s and 40s, Dr. Elder said.

Among the injured was one New Orleans police officer.

One woman at the scene told The New Orleans Advocate that a silver truck whisked closely by her as she was walking through the intersection.

Carrie Kinsella said, “I felt a rush it was so fast.”

Kourtney McKinnis, 20, told the Advocate that the driver of the truck seemed almost unaware of what he had just done.