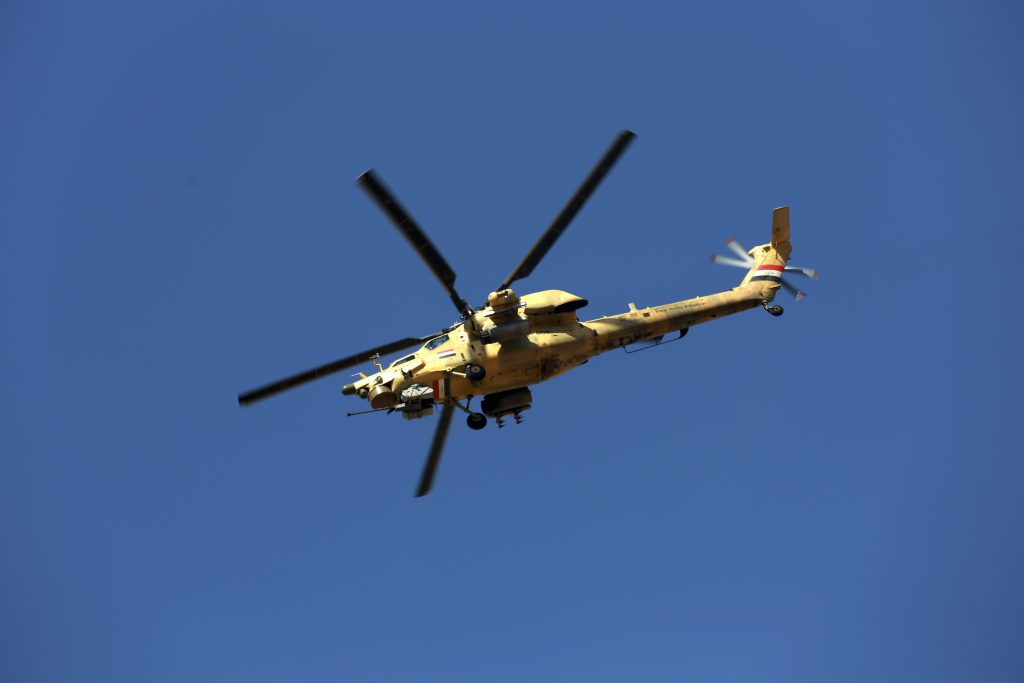 U.S.-backed Iraqi security forces advanced deeper into the western half of Mosul on Friday one day after launching attacks on several fronts towards Islamic State’s last main stronghold in the city.

Troops had recaptured Mosul airport on Thursday, an important prize in the battle to end the terrorists’ control of territory in Iraq.

Counter-terrorism forces managed on Friday to fully control the Ghozlani army base, pushing deeper towards the southwestern districts of Tal al-Rumman and al-Mamoun, a military spokesman said.

Federal police and an elite Interior Ministry unit known as Rapid Response are clearing the airport of roadside bombs and booby traps left by Islamic State terrorists who retreated from their positions there on Thursday.

Iraqi government forces plan to repair the airport and use it as a base from which to drive the terrorists from Mosul’s western districts, where about 750,000 people are believed to be trapped.

Government forces pushed the insurgents out of eastern Mosul last month but the IS still holds the western sector of the city, divided by the Tigris river.

“Our forces are fighting Daesh terrorists in Tal al-Rumman and al-Mamoun. We will eliminate them soon and take control over the two districts,” Counter Terrorism Services (CTS) spokesman Sabah al-Numan said.

“There is a resistance there. The drones are particularly annoying today,” Major General Sami al-Aridi, a senior CTS commander, told Reuters in the southwestern front of Mosul.

Rapid response forces are trying to advance beyond the airport to breach Islamic State defenses around districts on the southern edge of Mosul.

“We are now fighting Daesh at the southern edge of the city. We are trying to breach trenches and high berm they used as defensive line,” Colonel Falah al-Wabdan told Reuters.

Losing Mosul could spell the end of the Iraqi section of the terrorists’ self-styled caliphate spanning Iraq and Syria.

Iraqi commanders expect the battle in western Mosul to be more difficult than the east, however, in part because tanks and armored vehicles cannot pass through narrow alleyways that crisscross the city’s ancient western districts.