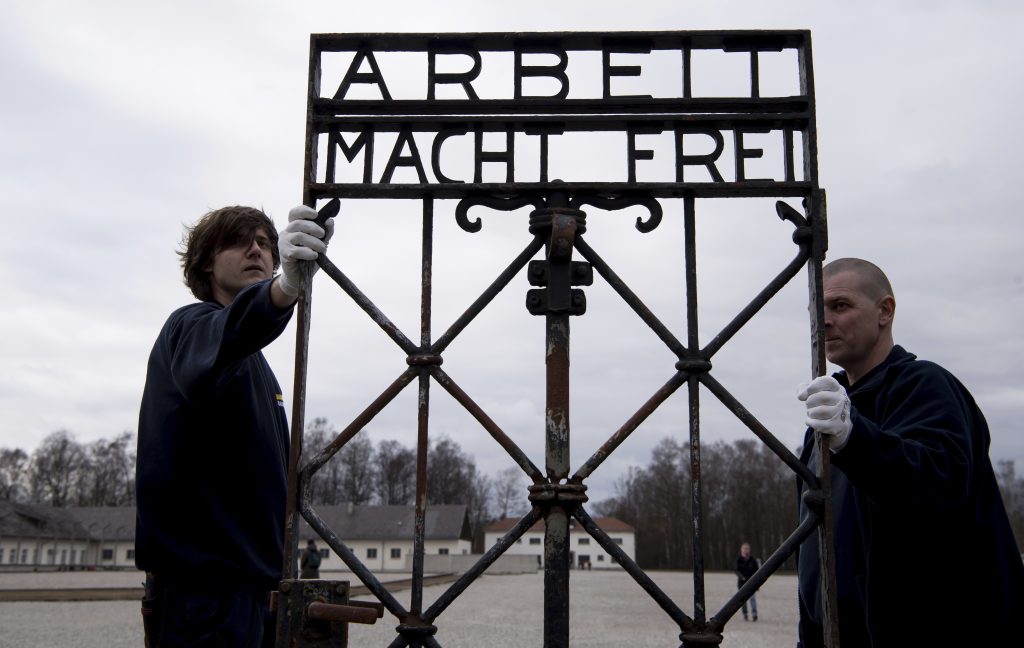 The wrought iron gate to the Nazis’ Dachau concentration camp that was stolen two years ago, prompting an international outcry, has been returned to the German memorial site.

The gate, bearing the slogan “Arbeit macht frei,” or “Work sets you free,” was located in the Bergen area of Norway after authorities received an anonymous tip late last year.

The gate will not be returned to its original position, where a copy now stands, but will become part of the permanent exhibition where it will be kept inside a glass cabinet equipped with an alarm system.

The concentration camp near Munich was established by the Nazis in 1933.