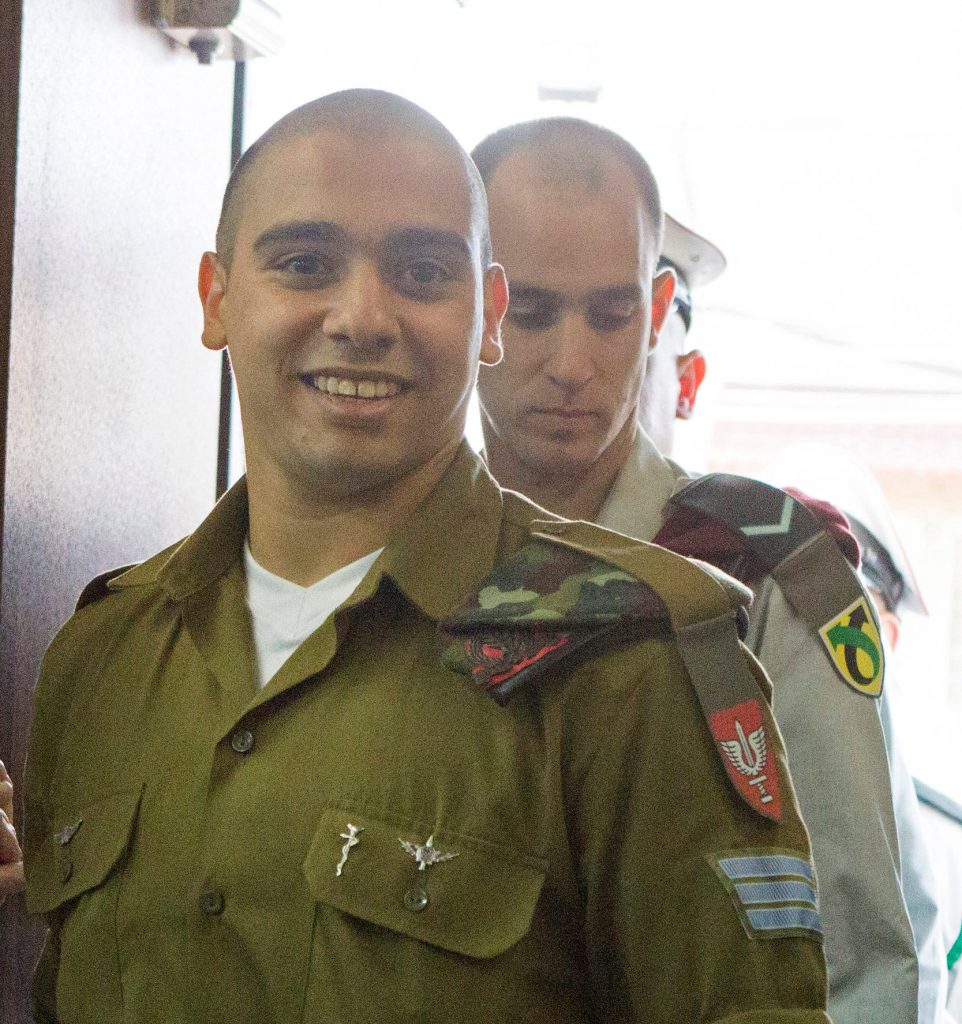 Elor Azaria, the IDF soldier convicted last month for shooting at a terrorist in Chevron last Purim when he was neutralized and on the ground after having been shot when he tried to stab soldiers, was sentenced on Tuesday to 18 months in prison.

The sentence, in one of the most divisive cases in Israel’s history, was far less than what prosecutors had requested.

The decision to court-martial Azaria stirred controversy in Israel from the start, with opinion polls showing strong support for the army medic.

The prosecution had asked that Azaria be sentenced to three to five years, far below the maximum term, noting that he had shot a Palestinian who only minutes earlier had carried out a terror attack.