FORT WORTH, Texas (Fort Worth Star-Telegram/TNS) — 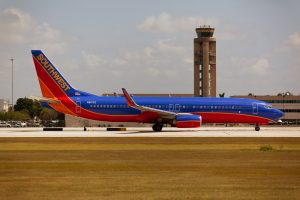 Southwest Airlines has asked a federal court to stop an illegal work action by its mechanics, who have been engaged in a group boycott of overtime shifts.

The Dallas-based airline alleges that a significant number of mechanics have been refusing to work overtime shifts since Feb. 10 at its Dallas Love Field maintenance operations. Southwest said it saw a 75 percent reduction in the number of mechanics who signed up for overtime and accepted overtime assignments over the weekend.

“As AMFA is well aware, an ongoing concerted refusal to accept overtime assignments may result in foregone or delayed maintenance, expanded use of third-party vendors, and potential delay or cancellation of flights,” the suit says. “The (federal mediator) has not released the parties from mediation. As a result, neither party is lawfully permitted to engage in strikes, lockouts, or other economic self-help.”

Southwest says its operations rely on a consistent level of overtime hours by mechanics to perform necessary maintenance work. For example, on Feb. 9, Southwest had 128 employees sign up for overtime slots and filled all 51 of those slots in Dallas. The next day, only 30 employees signed up for the 44 overtime slots. The lawsuit says a group boycott of overtime has also occurred in Chicago and Phoenix.

The 2,400 mechanics at Southwest are represented by the Aircraft Mechanics Fraternal Association and have been in contract negotiations with the carrier since 2012. The parties entered federal mediation in 2015 and have still not been able to reach a new contract agreement. In December, AMFA filed suit in Arizona, alleging that Southwest had failed to negotiate in good faith.

“Despite AMFA’s best efforts to respond on this occasion as well, Southwest now claims it is facing major service disruptions. We believe these claims to be false and will resist them in court,” Oestreich said, noting that Southwest has the lowest ratio of mechanics to aircraft of any major airline.