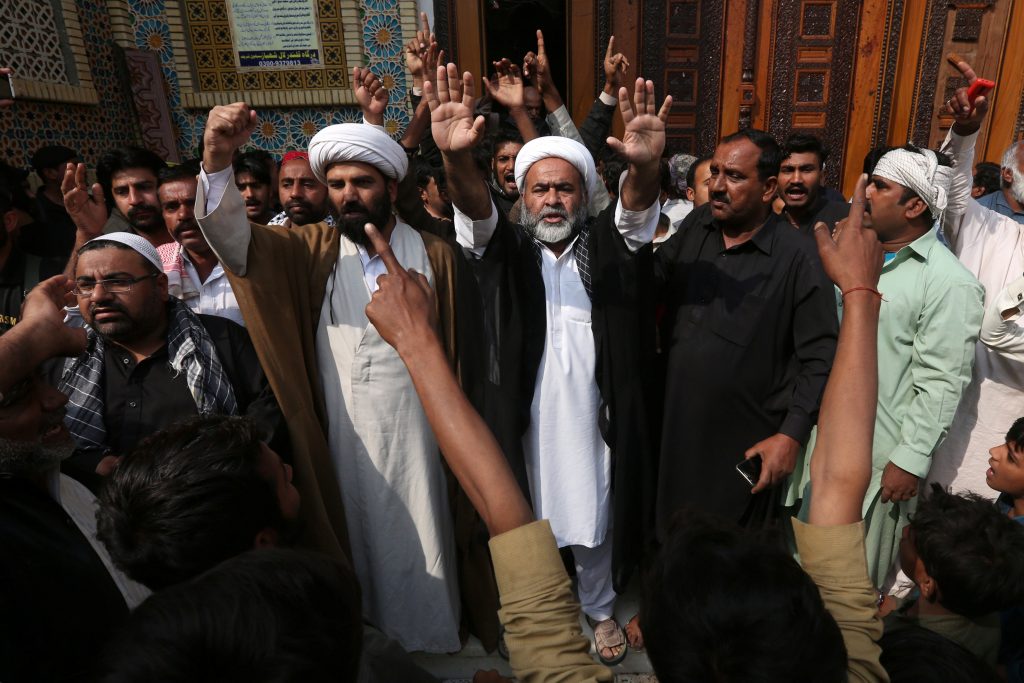 Pakistani forces killed and arrested dozens of suspects in sweeping raids overnight and into Friday, a day after a massive suicide bombing by the Islamic State group killed 75 worshipers at a Sufi shrine in the country’s south.

The terror attack — Pakistan’s deadliest in years — stunned the nation and raised questions about the authorities’ ability to rein in terrorist groups despite several military offensives targeting terrorist hideouts.

The raids targeted terrorist hideouts and led to shootouts that left at least 39 terrorists dead across Pakistan, according to three security officials who spoke on condition of anonymity to discuss the operations.

Most of the operations were carried out by the paramilitary Rangers. In one raid, the troops killed 11 suspects at a terrorist hideout in the port city of Karachi. In another, the Rangers came under fire as they were returning from Sehwan, a town in southern Sindh Province where the bombing took place, and killed seven of the attackers.

Other raids took place in northwestern Pakistan and also in the eastern province of Punjab. The officials said a total of 47 suspects were arrested in the raids.

In Thursday’s attack, the suicide bomber walked into the main hall at the shrine in Sehwan, and detonated his explosives among a crowd of worshipers, killing 75. At least 20 women and nine children were among the dead and scores were also wounded in the explosion.

The Islamic State terrorist group claimed the attack in a statement circulated by its Aamaq news agency, saying it had targeted a “Shiite gathering.” The Sunni extremist group views Shiites as apostates and has targeted Pakistan’s Shiite minority in the past. It views Sufi shrines like the one targeted Thursday as a form of idolatry.

Prime Minister Nawaz Sharif vowed that security forces would track down the perpetrators of the attack, according to Pakistani state media.

“Each drop of the nation’s blood shall be avenged, and avenged immediately,” Pakistan’s army chief, Gen. Qamar Javed Bajwa, said in a statement. “No more restraint for anyone.”

The U.S. State Department condemned the attack and offered its support to Pakistan in bringing the perpetrators to justice.

Thursday’s attack was the deadliest in Pakistan following the Dec. 16, 2014 assault on an army-run school in Peshawar that killed 154 people, mostly schoolchildren.

Pakistan has been at war with the Taliban and other extremist groups for more than a decade. In recent years it has launched major offensives against militant strongholds in the tribal regions along the border with Afghanistan, but insurgents have continued to carry out attacks elsewhere in the country.

The Islamic State group has been expanding its presence in Pakistan in recent years and has claimed a number of deadly attacks, including a suicide bombing at another Sufi shrine in November 2016 that killed more than 50 people. A Taliban-linked group, Jamaat-ul-Ahrar, claimed responsibility for that attack.

The government has downplayed the IS affiliate, insisting that only a small number of terrorists have pledged allegiance to the group.

Afghanistan and Pakistan have long accused each other of failing to crack down on terrorists who operate along the porous border. Shortly after Thursday’s attack, Pakistan closed the main Torkham border crossing with Afghanistan.

On Friday, the Pakistan’s military handed over to Kabul a list of 76 suspected “terrorists” allegedly hiding in Afghanistan, demanding they be captured and extradited to Islamabad. A statement from the military says the list was given to Afghan officials at the Pakistani army’s sprawling headquarters in the garrison city of Rawalpindi.

The military did not specify who was on the list, but it has long claimed that the head of Pakistani Taliban, Mullah Fazlullah, and other militants are hiding on Afghan soil with the purpose of fomenting violence inside Pakistan.