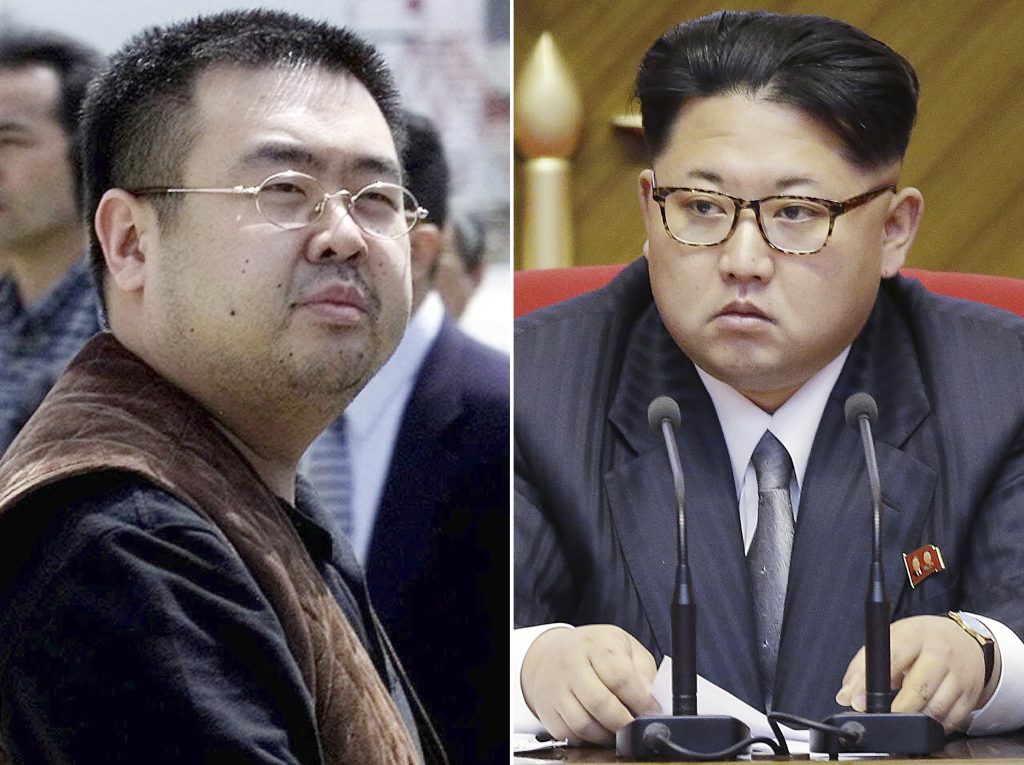 It looks like a perfectly staged assassination, straight out of the pages of a spy novel: Kim Jong Nam, the estranged, exiled half brother of North Korean leader Kim Jong Un, falls ill at a Malaysian airport, complains of being sprayed with some sort of chemical, and drops dead.

But, as with many things about the motives of cloistered North Korea, the unknowns currently far outweigh the certainties.

A look at what officials are trying to piece together as they work to reconstruct what appears to be one of the most audacious, mysterious assassinations in recent Asian history:

This is the big one: Motive.

Kim Jong Nam had embarrassed Pyongyang before — he tried to sneak into Tokyo Disneyland; he criticized his half brother — but he’s been generally seen more as an annoyance than an existential threat to North Korea’s stability.

Why would Kim Jong Un go through the massive logistical trouble — and potential embarrassment — of staging the risky assassination of a blood relative on foreign soil?

Without elaborating, South Korea’s spy service told lawmakers Wednesday that the North had been trying to kill Kim Jong Nam for five years. Spy officials offered a single, shaky motive for the death: Kim Jong Un’s “paranoia” over his estranged half brother.

But the South’s National Intelligence Service has a long history of botching intelligence on North Korea and has long sought to portray the North’s leadership as mentally unstable.

Some in Seoul wonder if Kim Jong Un might have become enraged when a South Korean newspaper reported last week that Kim Jong Nam tried to defect to the South in 2012. South Korea’s spy service denied this, but it’s still an open question: Could public speculation that a member of the exalted Kim dynasty wanted to flee to the hated South have pushed Kim Jong Un to order his half brother’s assassination?

WHY THE AIRPORT IN MALAYSIA?

There would seem to be easier, less public places to kill such a high-profile target.

A possible explanation might be found in another nugget provided by South Korea’s spy agency: China had long protected Kim Jong Nam and his family in their home base of Macau. Analysts have seen Beijing as looking to Kim Jong Nam as a potential leader should North Korea’s regime collapse.

With security, presumably overseen by China, tight in Macau, could there have been a security gap in Malaysia that offered North Korean assassins an opportunity they couldn’t have gotten elsewhere?

WHO ARE THE MYSTERY WOMEN?

The details of the attack itself are a tangled mess.

Kim told medical workers that he’d been sprayed with a chemical, which brings to mind past attacks with poison-tipped pens linked to North Korean assassins.

Finding out who these women are and who hired them could go a long way to unlocking the mystery.

North Korea has said nothing officially about the death, but that’s not unusual. The country’s propaganda specialists are masters at reporting only details that lionize the Kim family as paragons of virtue. This clearly doesn’t do that.

China may be angry at the killing of a close North Korean contact, so there could be some sort of reaction, possibly back-channel, from Beijing.

But a more concrete punishment could come from Washington.