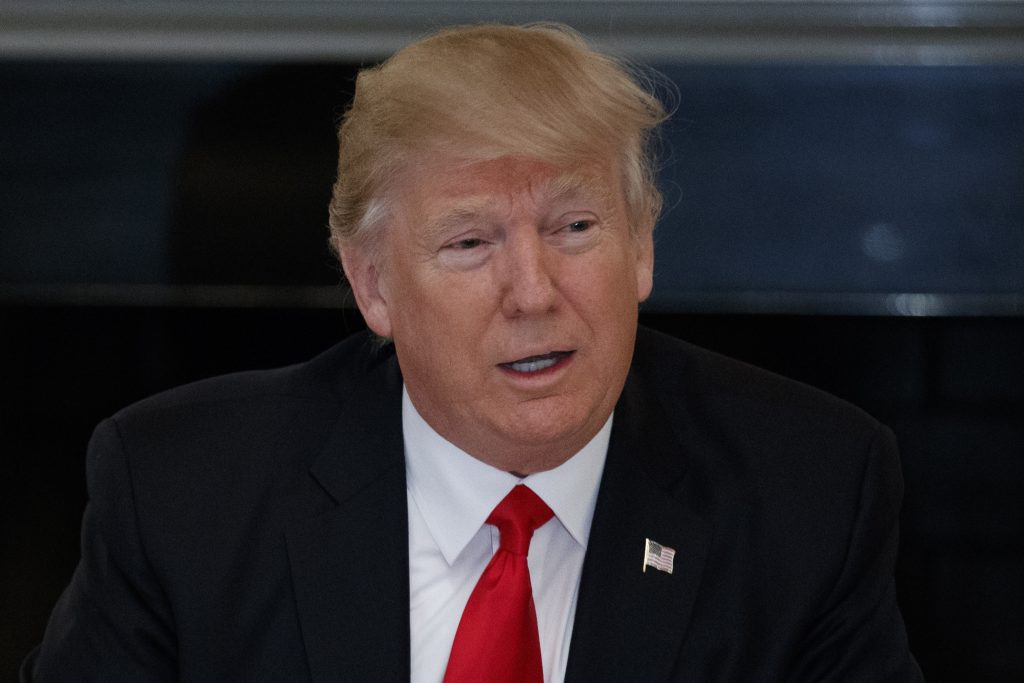 President Donald Trump assailed U.S. intelligence agencies on Wednesday for what he said were illegal information leaks, and dismissed reports of contacts between members of his presidential campaign and Russian intelligence officials.

President Trump went on the counter-offensive as his administration reeled from the abrupt dismissal of Michael Flynn as national security adviser on Monday.

The New York Times reported late on Tuesday that phone call records and intercepted calls showed members of President Trump’s presidential campaign and other President Trump associates had repeated contacts with senior Russian intelligence officials in the year before the election.

President Trump dismissed the report, firing back in a series of early morning tweets on Wednesday.

“This Russian connection non-sense is merely an attempt to cover-up the many mistakes made in Hillary Clinton’s losing campaign,” the Republican president tweeted, citing his former Democratic rival in the 2016 presidential contest.

In another tweet, President Trump said: “Information is being illegally given to the failing @nytimes & @washingtonpost by the intelligence community (NSA and FBI?). Just like Russia,” adding that the situation was “very serious.”

“The real scandal here is that classified information is illegally given out by “intelligence” like candy. Very un-American!” President Trump wrote.

He did not give evidence to back his charge that intelligence officials were supplying information to the news media. He did not say if he had ordered any investigation into leaks.

Reuters could not immediately confirm the Times report, which the Kremlin dismissed on Wednesday.

CNN also reported that President Trump advisers were in constant contact with Russian officials during the campaign.

The Times, citing current and former U.S. officials, said U.S. law enforcement and intelligence agencies intercepted the communications around the same time they discovered Russia was trying to disrupt the presidential election by hacking into the Democratic National Committee.

The officials had seen no evidence of collusion between President Trump’s campaign and the Russians on the hacking or other efforts to influence the election, the Times said, but they were still alarmed by the intercepted communications.

Flynn was forced out over conversations he had with the Russian ambassador before President Trump took office on Jan. 20, and his misrepresentations to Vice President Mike Pence over what he had discussed.

The Times said the intercepted calls in its report were different from the wiretapped conversations between Flynn and the ambassador, Sergei Kislyak.

U.S. lawmakers, including some leading Republicans, called on Tuesday for a deeper inquiry into not just Flynn’s actions but broader White House ties to Russia. President Trump has long said that he would like improved relations with Russian President Vladimir Putin.

Flynn’s conversations with the Russian ambassador took place around the time that then-President Barack Obama imposed new sanctions on Russia on Dec. 29, charging that Moscow had used cyber attacks to try to influence the presidential election in President Trump’s favor.

A U.S. official familiar with the transcripts of the calls with the ambassador said Flynn indicated that if Russia did not retaliate, that could smooth the way toward a broader discussion of improving U.S.-Russian relations once President Trump took power.

This was potentially illegal under a law barring unauthorized private citizens from interfering in disputes the United States has with other countries.