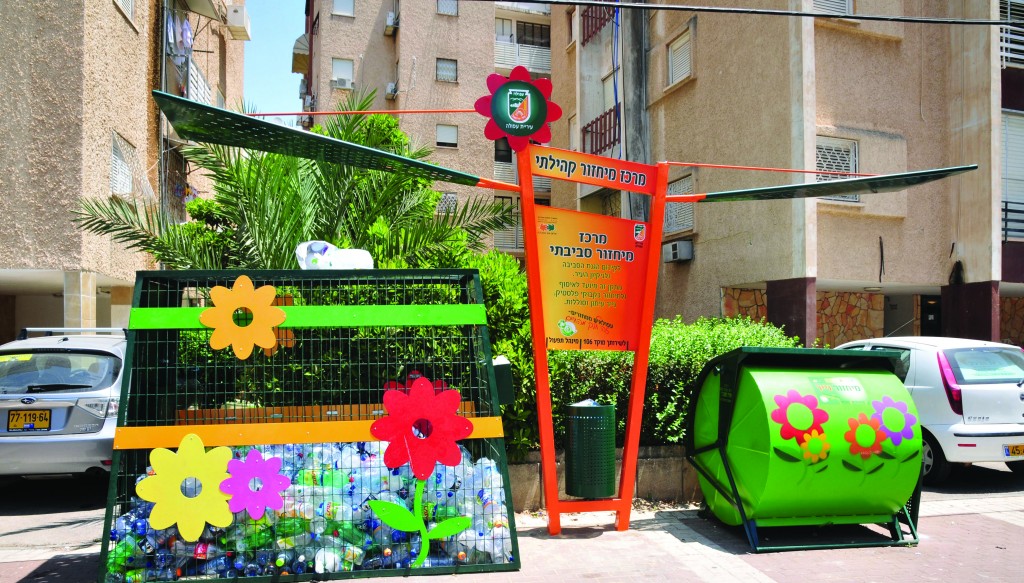 Israel instituted plastic-bottle recycling just ten years ago, but today it is among the leading countries in the world in recycling, according to Nechemia Ronen, chairperson of Ella, the organization responsible for coordinating recycling efforts.

“Israel’s unprecedented success in bottle recycling has placed it among the top countries for recycling, including in Western Europe, which has been recycling for over two decades,” Ronen told an industry panel in Tel Aviv Thursday. “Israel has even bested the United States in terms of per-capita recycling. There is no doubt that the children are the best ambassadors for recycling, as they impress upon their families how important it is.”

In the decade Ella has been operating, it has processed 8 billion bottles, the group said in a report that was released Thursday. The vast majority of these bottles are 1.5 liters, the standard size for soft drinks sold in Israel. The bottles are collected at some 22,000 recycling points around the country.

Kfar Vradim, in northern Israel, is the top recycling community, with an average of 110 1.5-liter bottles recycled per resident. Among the other top towns for recycling are Kfar Shmaryhu (89.5), Kiryat Yearim/Telz Stone (87.4), and Misgav (84). Kiryat Yearim/Telz Stone, with 3,800 residents, showed the greatest increase in bottle recycling in 2016 over the previous year, with recycling rates jumping 124 percent. In terms of tonnage, Tel Aviv led recycling efforts with 878.10 tons of bottles recycled in 2016. Yerushalayim was second (809.99 tons), followed by Haifa (383.52 tons) and Rishon Lezion (335.72 tons).

Haim Zarviv, CEO of Ella, said that “in recent years we have become witness to the increased consciousness and willingness to participate in recycling programs among Israelis. Local authorities and municipalities have joined these efforts, and together with them we are deploying more bottle recycling centers than ever.”