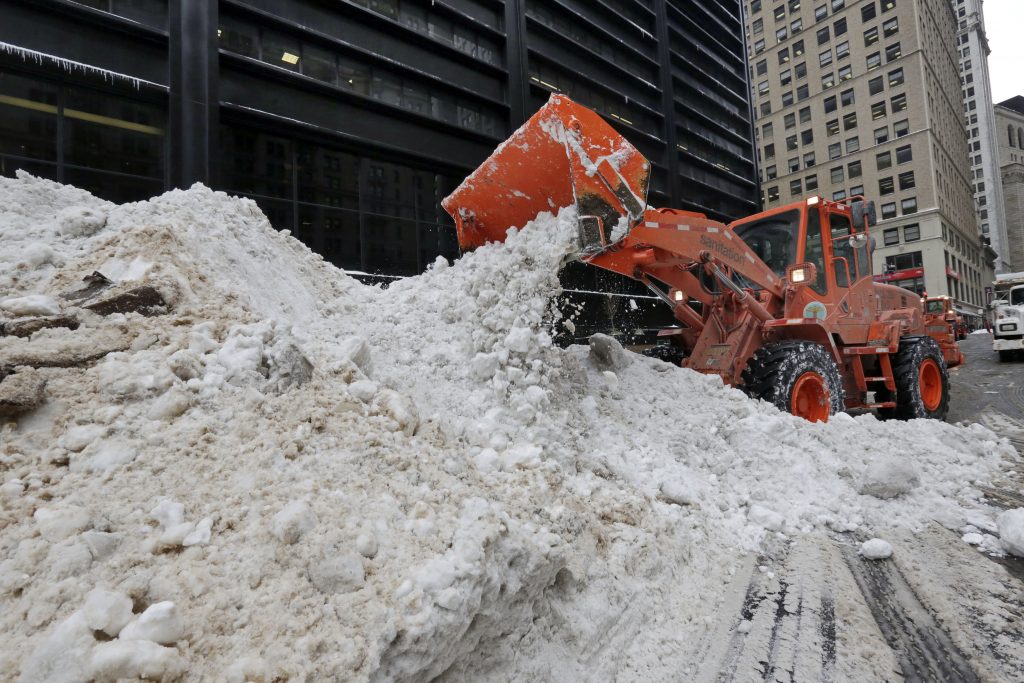 As New Yorkers were enjoying a burst of spring-like weather Wednesday, with temperatures in the low-60’s, government and weather agencies were raining on the parade, as the National Weather Service issued a citywide winter-storm warning and the New York City Emergency Management Department issued a hazardous-travel advisory for Thursday, in anticipation of a possible major snowstorm.

“Although the weather is warm today, winter will return quickly on Thursday with dangerous conditions for the morning commute,” said NYC Emergency Management Commissioner Joseph Esposito. “New Yorkers should be prepared for snowfall and slippery roads.”

According to a storm-warning press release issued by NYC Mayor Bill de Blasio, the Sanitation Department (DSNY) is pre-deploying 689 salt spreaders across the city. Over 1600 snowplows will be dispatched when more than two inches of snow accumulates. Beginning at seven p.m. Wednesday, Sanitation workers will be on 12-hour shifts.

Once snow operations begin, garbage and recycling collections will be suspended.

Alternate Side Parking will be suspended Thursday. Parking meters are in effect.

The mayor is asking New Yorkers to avoid driving Thursday morning and to use mass transit where possible.

The Staten Island Ferry is expected to run on a normal schedule, but passengers should allow extra time as weather conditions may impact the schedule.

The Sanitation Department is requesting that emergency snow laborers assist with snow removal on Friday. They can sign up at http://www1.nyc.gov/assets/dsny/snow/snow-laborer.shtml