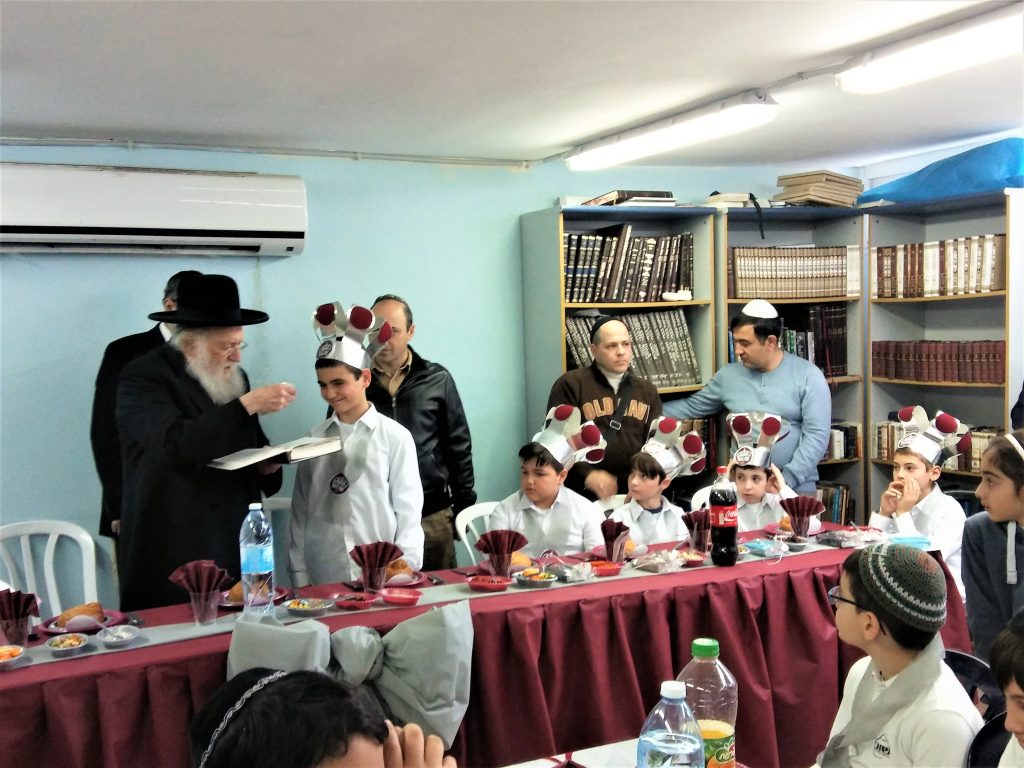 A ceremony was held in the Shuvu school in Bat Yam, at which five pupils, dressed in their Shabbos clothes with crowns on their heads, fulfilled the mitzvah of pidyon haben.

Harav Simchah Hakohen Kook, Rav of Rechovot, was the kohen, as the emotional fathers stood behind the boys.

The child replied: I want to redeem myself, since that is what the Torah wants me to do.

After the recital of the brachah and shehecheyanu, the Rav bestowed his blessings on the child, expressing his wishes that he grow to Torah, chuppah  and maasim tovim, and the emotional parents shouted out, Amen!

The Rav then continued to the next boy, and the next, until all five were redeemed.

Harav Kook has had a long association with the Shuvu school system and with Russian immigrants in general. During the critical period after the Iron Curtain was lifted, Rav Kook traveled to Russia regularly, giving support and inspiration to the Jews coming back to their roots encouraging them to deepen their commitment to Jewish education and mitzvah observance.

The Rav was also instrumental in inspiring Russian immigrants in Israel to rediscover their spiritual roots. Russian boys who could learn Torah were welcomed in Rav Kook’s yeshivah, Me’or Hatalmud, Rehovot, and went on to become spiritual leaders in their communities. In addition, he was one of the builders of the Shuvu school system in Israel, working with the late Harav Avraham Pam, zt”l.

After years of working with Rav Pam in opening schools, Rav Kook asked Rav Pam for a “payment.”

“What kind of a payment do you want?” asked Rav Pam.

“I want to open a Shuvu school in Rechovot,” which he did.