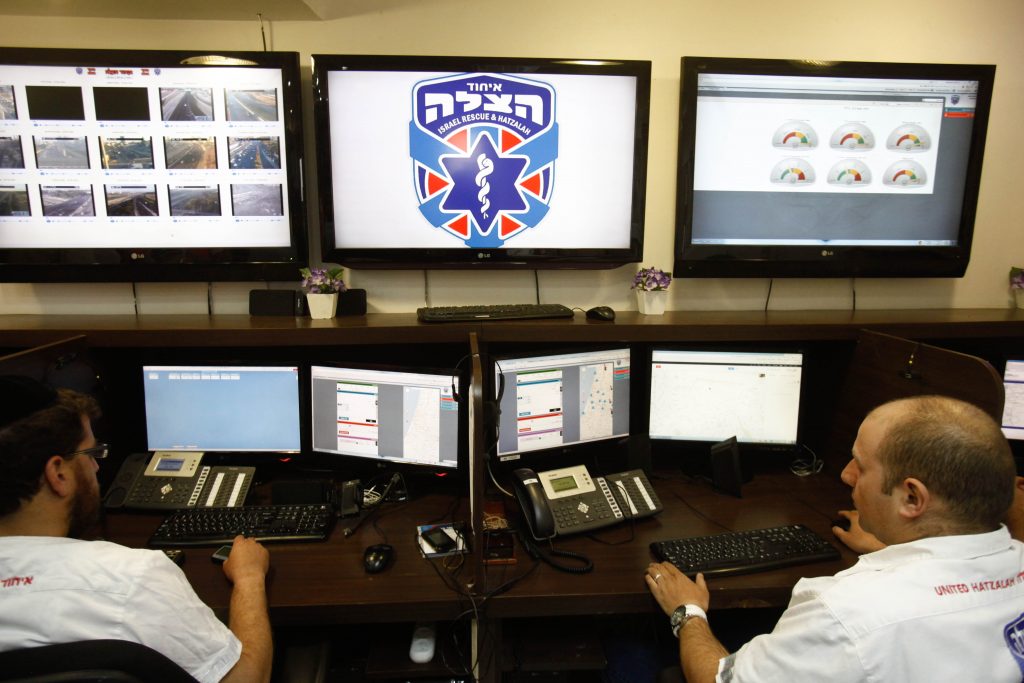 Two life-saving actions, within two days of each other, in the same family, carried out by the same Emergency Medical Technician, Arutz Sheva reported on Sunday.

On the night of January 21, United Hatzalah EMT Daniel Klughaupt answered an emergency call at 11:30 p.m. The caller was on the 8th floor of his own building. Within one minute he was there.

He found an 86-year old woman, lying on a bed with no signs of life. He began CPR and radioed for backup. Additional crews arrived, and after about 40 minutes of intensive CPR, the woman was sufficiently revived to be rushed to the hospital.

In a few minutes, after being given high-flow oxygen, the man’s breathing improved.

While they waited for the ambulance to arrive, the son of the woman Klughaupt had saved two days before, appeared.

Recognizing, the EMT, he said to him “What are you doing here?”

With a slight grin and a nod to his oxygen tank, Klughaupt replied “What are YOU doing here?”

Klughaupt’s neighbor responded, “2 days ago you saved my mother and now you are helping my brother, amazing!”

Subsequent medical reports about a week later were encouraging, as both were recovering.

“This is precisely why we started this organization, to have a qualified EMS responder in every neighborhood, on every street corner in the country,” Beer said. “These trained EMTs, paramedics, and doctors respond to emergencies in their community, helping save the lives of their family, their friends, their neighbors and passersby who are in need of medical assistance.