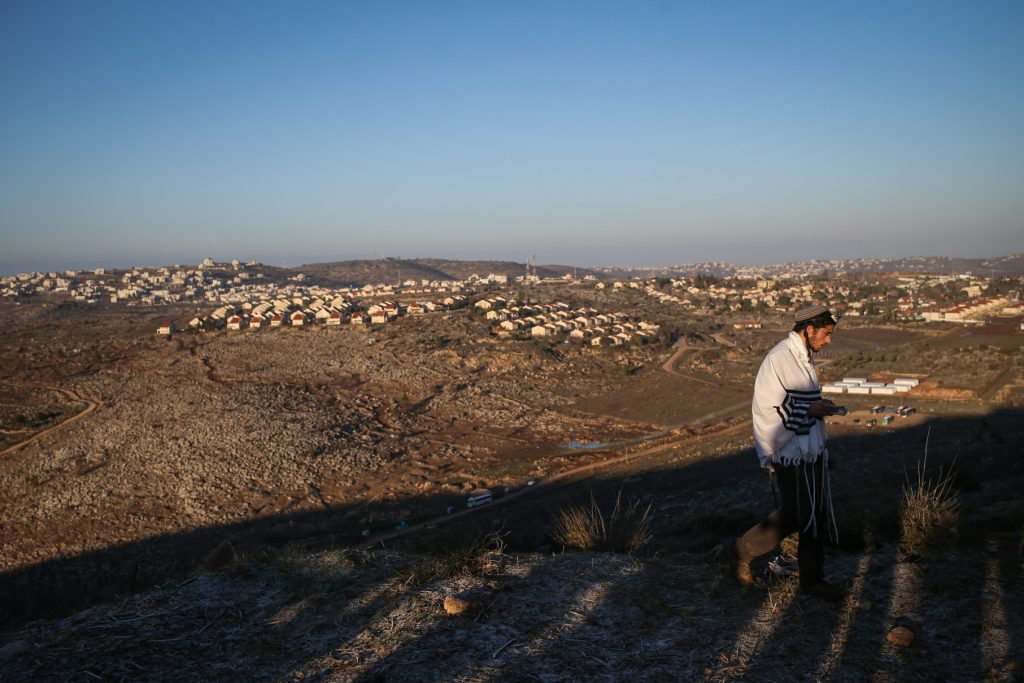 Police and security forces say they are preparing to remove the last remaining protesters in Amona, with police hoping to convince the last holdouts to leave peacefully.

Police spokesman Micky Rosenfeld says about 200 protesters are barricaded inside a shul. He says several hundred police officers are preparing to remove them Thursday, as well as others inside a small home nearby. The evacuation began Wednesday.

Police said they were making last efforts to convince the protesters to depart peacefully, but were getting ready to evacuate them by force if necessary, preparing for a final showdown in the outpost which was the scene of a violent melee during a partial evacuation in 2006.

The shul is the largest permanent structure in the outpost. Protesters barricaded the entrance to the shul with wooden planks in an apparent effort to slow the security forces.