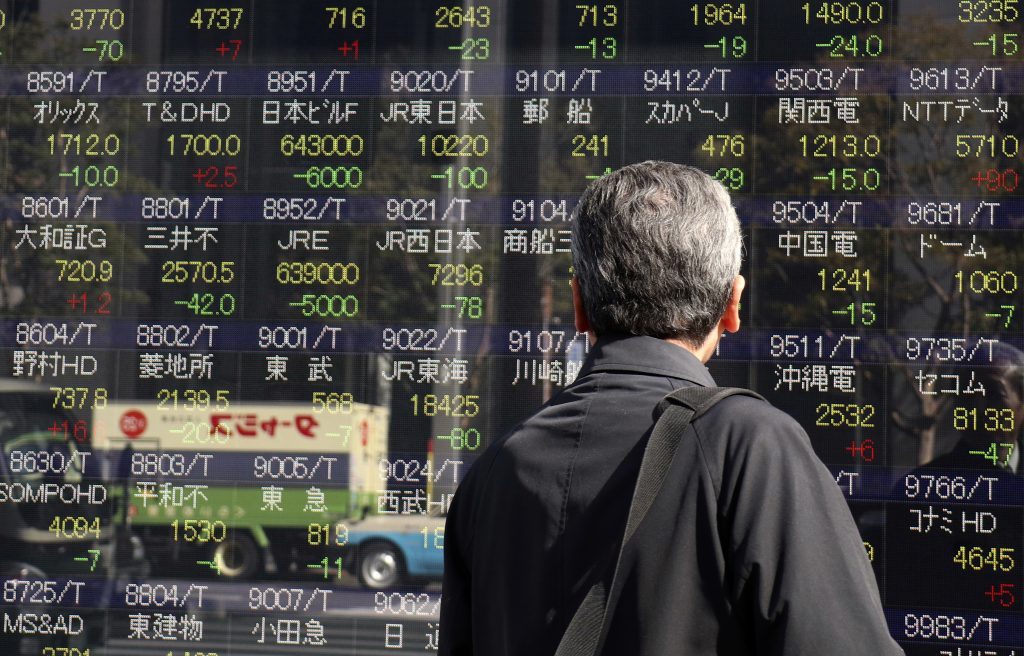 Asian markets retreated and the dollar wobbled Thursday after the Fed kept its key lending rate on hold as expected at its latest policy meeting.

The Federal Reserve left a key interest rate on hold after its latest policy meeting, as investors had expected. Policymakers signaled that they still expect to gradually raise rates but gave no clear timeline. Markets are keeping an eye on the outcome of the Bank of England’s policy meeting expected later in the day, though no change is expected.

Factory activity expanded at the fastest rate in more than two years in January, according to a monthly survey by the Institute for Supply Management. Meanwhile, employment strengthened at U.S. companies for the same month, according to a survey by ADP. The reports add further evidence that the world’s biggest economy continues to improve, but investors may be growing wary of risky investments in light of President Donald Trump’s unexpected policy announcements since taking office.

“Donald Trump’s presidency comes with greater than normal risks,” Shane Oliver, head of investment strategy at AMP Capital Investors in Sydney, said in a report. Eventually, “pragmatic pro-growth policies are likely to ultimately dominate populist policies. However, the Trump honeymoon with investors is likely over with a short term period of correction/volatility likely to continue in shares, bond yields and the U.S. dollar.”

U.S. crude oil futures slipped 24 cents to $53.64 a barrel in electronic trading on the New York Mercantile Exchange. The contract added $1.07, or 2 percent, to close at $53.88 a barrel on Wednesday. Brent crude, the benchmark for international oil prices, lost 19 cents to $56.61 a barrel in London.