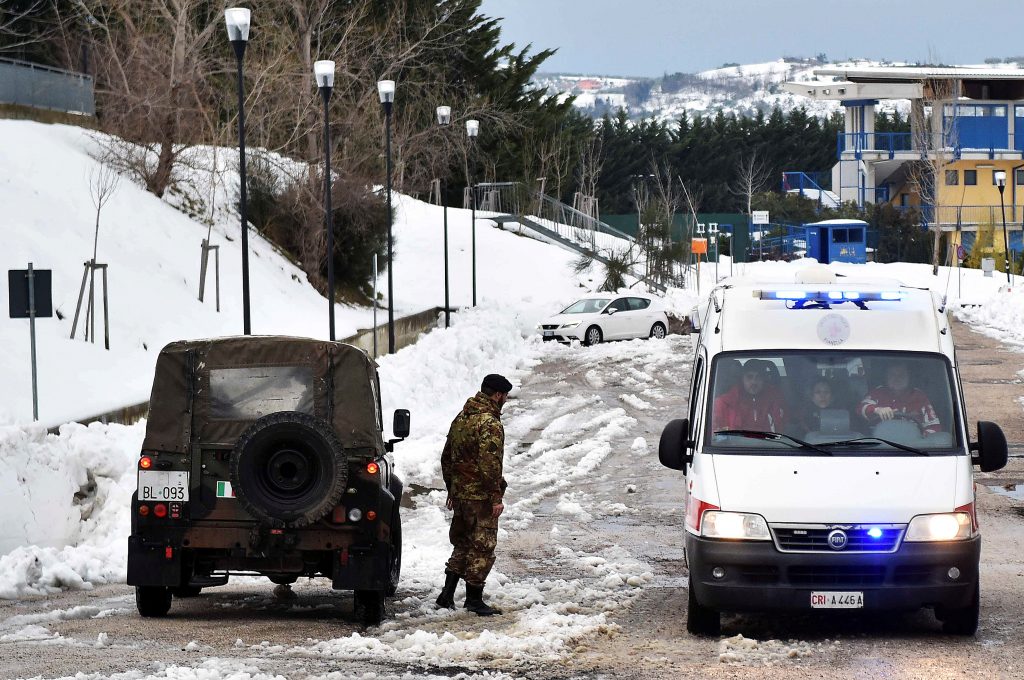 Rescuers have pulled the last two dead bodies from the wreckage of a hotel in central Italy that was razed by an avalanche last week, raising the final death toll to 29, the national fire brigade said.

With the discovery on Wednesday night of the bodies of one man and one woman, everyone known to have been at the Hotel Rigopiano when it was flattened has now been accounted for.

Eleven people survived the disaster, which struck in the wake of heavy snowstorms and several powerful earthquakes on Jan. 18.

Prosecutors have opened a probe into the tragedy. Many guests had wanted to leave the hotel but were unable to do so because the access road was blocked by snow.