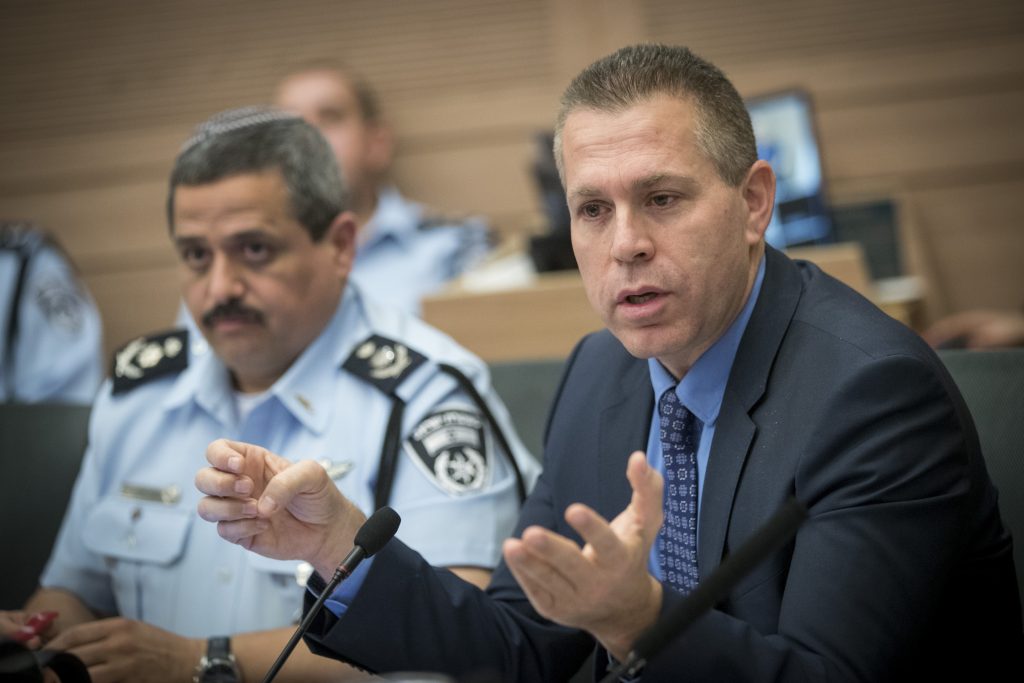 At a meeting of local authority heads, Public Security Minister Gilad Erdan laid the blame for increased violence in Israel at the feet of leaders of the Arab sector who fail to rein in their constituents and encourage them to cooperate with authorities. Despite being called a racist and hater of Arabs, Erdan said that he would seek to legislate minimum sentences for offenders convicted of crimes like weapons possession.

“The laws in Israel on illegal weapons possession and the suppression of violence in the Arab sector are two of Israel’s biggest jokes,” Erdan said at the meeting. “Arab leaders complaining of the high crime rate in their communities always say that police don’t do enough to collect illegal weapons, as if this was a simple thing to do. It is not. We send large forces into Arab villages, where there is fierce opposition that has nationalistic overtones. Along with that, the courts are very liberal” in weapons possession cases.

Police have tried dozens of plans to reduce the amount of illegal weapons in Arab towns and villages, all to no avail. “There are elements who are threatening the mayors of these towns not to work with us.” But the mayors are not blameless, because “even though they demand we act, they do not back us up.”

With that, more Arab mayors try to help than do not, Erdan said. “The Arab mayors are partners with us” in fighting crime. “I have appointed a special liaison to the Arab community, and we have police stations in Arab cities. The Arab MKs who try to prevent cooperation do not represent their constituents properly,” he added.

As he spoke, Erdan contended with interruptions and catcalls terming him a racist. “Some people have an agenda to act against me,” said Erdan. “They are the same people who prevent Arabs from joining the police. I am not making up any of these issues.”