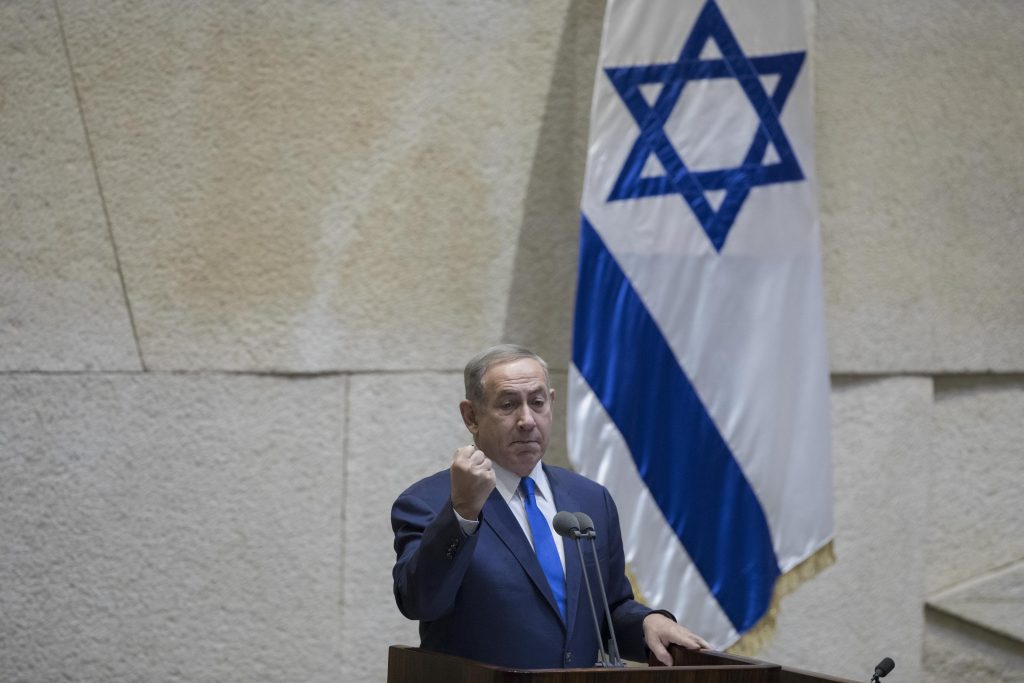 Israeli Prime Minister Binyamin Netanyahu proclaimed openly in the Knesset on Wednesday that a new era of building in Yehudah and Shomron has begun, now that power has changed hands in Washington.

Speaking during the Prime Minister’s Questions Hour, Netanyahu told MKs that the 2,500 new homes approved for Yehudah and Shomron on Tuesday were just a “taste” of things to come.

The prime minister said that Israel would no longer suffer from former U.S. President Barack Obama’s “not-one-brick policy,” banning any construction over the Green Line.

“And we are not talking about outposts or even settlement blocs,” Netanyahu told the plenum. “We are talking about here, in Yerushalayim. They wouldn’t let us build here either.”

But, he said, “We are leaving the period. This building [approval] was a taste. We are going to be doing many things differently from now on,” he promised, adding that he will be speaking with President Donald Trump about it at their upcoming meeting.

Netanyahu was also pressed during the session by Opposition members concerning the ongoing criminal investigations which have roiled the country for weeks.

While he said that he was not at liberty to go into specifics in responding to their questions, he was not without something to say about it:

“I’ve heard a long line of things said here about backdoor contacts, the dissolution of the government. I hear the ridicule and defiance, a celebration for hypocrisy. Just wait, what a carnival of arrogance. I am forbidden from speaking about the investigations.”

However, he noted, “According to the law, it is legal to receive gifts. Only against me do they distort the law.” Netanyahu reiterated his position that he committed no crime and that if the opposition wants to replace him they will have to do it democratically, through elections, not through false allegations.

Following Netanyahu, opposition leader Isaac Herzog took the podium: “Mr. Prime Minister, I think that this plenum feels deeply embarrassed because your behavior shows that you can’t make decisions in a cool-headed manner and you are up to your neck in investigations.”

After the opposition MKs harrassed Netanyahu with shouts and heckling, Herzog mocked him about allegations that he received hundreds of thousands of dollars worth of champagne and cigars from a rich friend. Herzog added, “I don’t want to say that the cigars and champagne have gone to your head.”