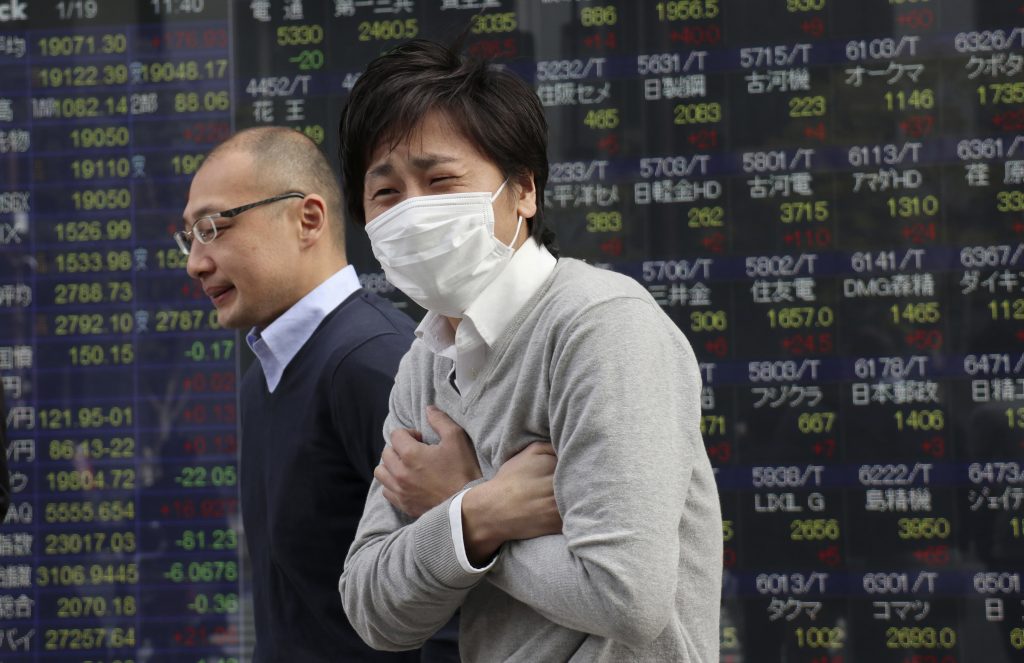 Asian shares slipped on Thursday and the dollar rebounded after Federal Reserve Chair Janet Yellen signaled that the U.S. central bank is poised to pursue a path of steady interest rate hikes.

“Stock markets on both sides of the Atlantic continue to trade in a cautious fashion this week, with politics just as much a driver as the economics, with European markets recovering from their Tuesday sell-off and U.S. markets closing mixed,” CMC Markets chief market analyst Michael Hewson said in a note.

The dollar had been grinding lower in recent sessions, and marked its weakest levels since early December after President-elect Donald Trump expressed concerns about the effects of a stronger greenback in a weekend interview.

Investors remained anxious ahead of Trump’s inauguration on Friday, with many using the event as an excuse to lock in gains on their positions.

In a speech on Wednesday to the Commonwealth Club of California in San Francisco, Yellen said that holding off too long to begin raising rates could “risk a nasty surprise down the road,” and that it “makes sense” for the Fed to gradually lift rates.

Japan’s Nikkei stock index ended up 0.9 percent, lifted by the tailwind of the weaker yen.

While traders expect the incoming U.S. administration to adopt stimulus policies to lift growth and inflation and keep the Fed on course for rate hikes, many investors worry about the potential fallout of Trump’s protectionist policies.

The dollar index, which tracks the greenback against a basket of six major counterparts, rose 0.3 percent to 101.22.

The dollar gave up early session gains against the yen and inched down to 114.58, but stayed well above the previous session’s low of 112.57 yen.

Sterling was 0.1 percent higher, at $1.2279, after it shed more than 1 percent on Wednesday. The pound had surged 3 percent on Tuesday after British Prime Minister Theresa May’s speech reassured investors worried about a “hard Brexit.”

The euro firmed 0.1 percent on the day to $1.0642 ahead of the European Central Bank’s regular policy meeting later in the session. The ECB surprised markets last month by saying it would trim monthly bond purchases in April.

None of the economists polled by Reuters last week expected any change at Thursday’s meeting. They were unanimous in saying that the ECB’s next move, after April’s planned cut, would be to further taper its quantitative easing.

Crude oil prices regained some ground lost in the previous session when the dollar strengthened, with investors turning their attention to upcoming government data on U.S. inventories. A stronger dollar makes dollar-denominated commodities more expensive for holders of other currencies.