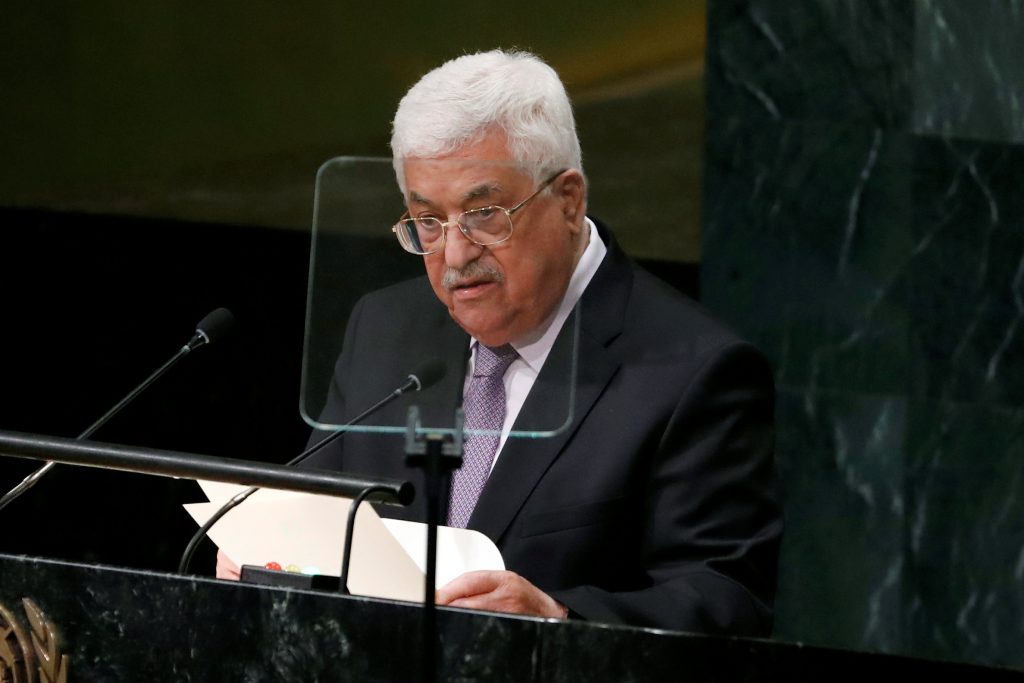 Continuing an ongoing theme he has taken up since Donald Trump became President-elect, Palestinian Authority Chairman Mahmoud Abbas reiterated Tuesday that moving the American embassy to Jerusalem would be a “provocation” and end all efforts to achieve peace. Speaking at a meeting of the Palestinian National Council, Abbas said that he “hopes the United States will not move its embassy from Tel Aviv to Jerusalem. Israel considers Jerusalem a united city, but this is illegal. Moving the embassy there will destroy the peace process.”

In an interview Sunday, Abbas emphasized the Palestinian Authority’s objection to moving the embassy. Speaking to French newspaper Le Figaro, Abbas said that such a decision would elicit a very negative response from the PA. “I wrote to President-elect Trump and asked him not to [move the embassy],” Abbas told the newspaper. “Not only will this action destroy America’s legitimacy to fill any sort of position in a solution to this conflict, it will also destroy the two-state solution.”

In addition, he said, the PA might “unrecognize” Israel if the embassy was moved. “Canceling our recognition of the State of Israel is one of the possibilities, although I hope we won’t come to this point. I hope the opposite will happen – that we will succeed in working with the next U.S. government.”

At a meeting last week with far-left Israeli politicians and activists, Abbas threatened violence if the United States moved its embassy to Jerusalem. “The transfer of the embassy will have serious implications, and not just among the Palestinian people, but on the just struggle against the occupation.”

Abbas did not directly state that there would be riots, but numerous other PA officials and personalities have said so. In a speech several weeks ago, Achrama Savri, head of the Higher Islamic Committee and the chief preacher at the Al-Aqsa Mosque – and an employee of the PA – said that the move would mean “a declaration of war against Arabs and Muslims.”

According to Savri, the only reason Trump promised to move the embassy was to “satisfy the Jewish vote.” If this actually did happen, that would constitute American recognition of Jerusalem as a part of Israel. “We are used to Al Aqsa being in danger, but this is a true danger,” he said. “I call on all Arabs and Muslims to come and defend Al-Aqsa.”

David Friedman, Trump’s choice for ambassador to Israel to replace the outgoing Dan Shapiro, said last week that he looked forward to carrying out his assignment in “Jerusalem, the eternal capital of the Jewish people.” A Trump spokesperson had already said earlier that the president-elect took the idea of moving the embassy “very seriously.”