World Saudi Minister: Trump Stance on Iran and IS Cause for Optimism
World 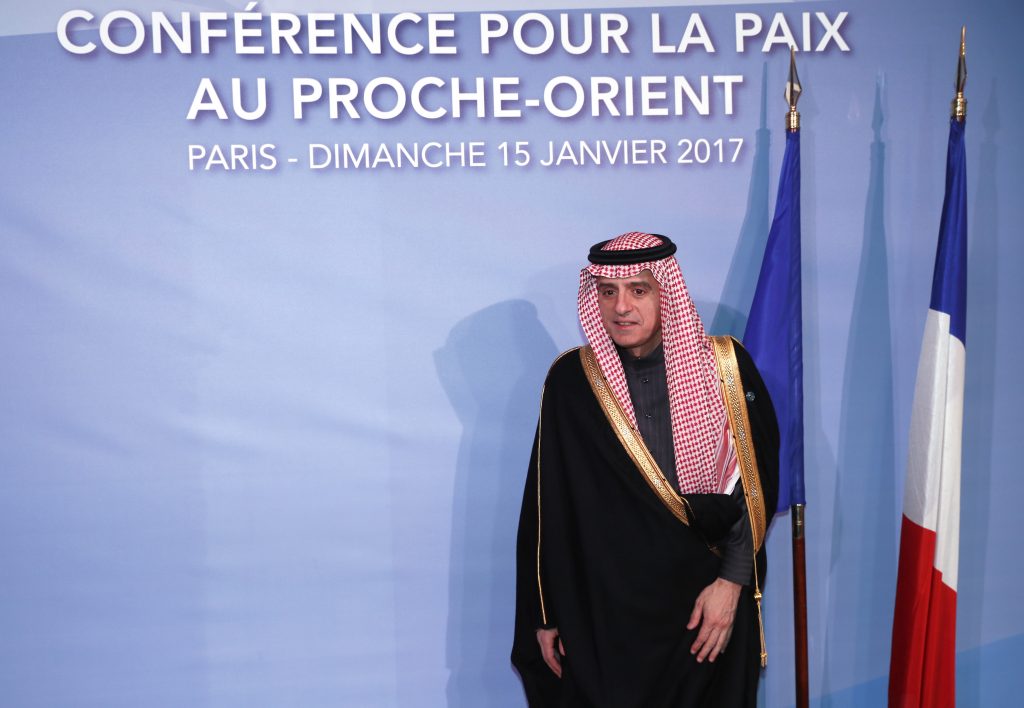 Saudi Foreign Minister Adel al-Jubeir said on Monday he was positive about the incoming U.S. administration, and especially about the way it wanted to restore American influence in the world, contain Iran and fight Islamic State.

“We are optimistic about the incoming administration and look forward to working with it in all areas that are a concern for both of us,” Jubeir told reporters in Paris.

“We will look at the Trump administration’s view as articulated. Wanting to restore America’s role in the world, we welcome this. Wanting to defeat IS (Islamic State), absolutely. Wanting to contain Iran … absolutely.”

Jubeir said the interests of the world’s largest oil exporter were aligned with those of the United States — be it geopolitically, in Syria, Iraq, Yemen and Iran; or on energy and financial issues.

“The objectives we want to achieve are the same. We may have disagreements on how to get there, but we don’t disagree on what needs to be done, and that will not change,” he said.

When asked specifically about Riyadh’s relationship with its Shiite regional rival Iran, Jubeir accused Tehran of destabilizing the region.

“Our relationship with Iran is tense and it’s in function of its aggressive and hostile policies. It would be wonderful to live in peace and harmony with Iran, but it takes two to tango,” Jubeir said, speaking in English.

“We can’t be subject to death and destruction and expect to turn the other cheek. We tried, but it didn’t work.”

Jubeir added that proposed talks in the Kazakh capital Astana aimed at reaching a ceasefire in Syria were worth testing, but should not be construed as Riyadh abandoning moderate rebels fighting to topple President Bashar al-Assad.

“The objective is to arrive at a ceasefire and move on to the political process. Let’s test it. So far it hasn’t succeeded,” he said. “If it does, then we go down the political path, but that doesn’t mean we abandon the moderate opposition.”

He also said that Britain’s decision to leave the European Union would not have an impact on Riyadh’s relationship with London or the bloc.