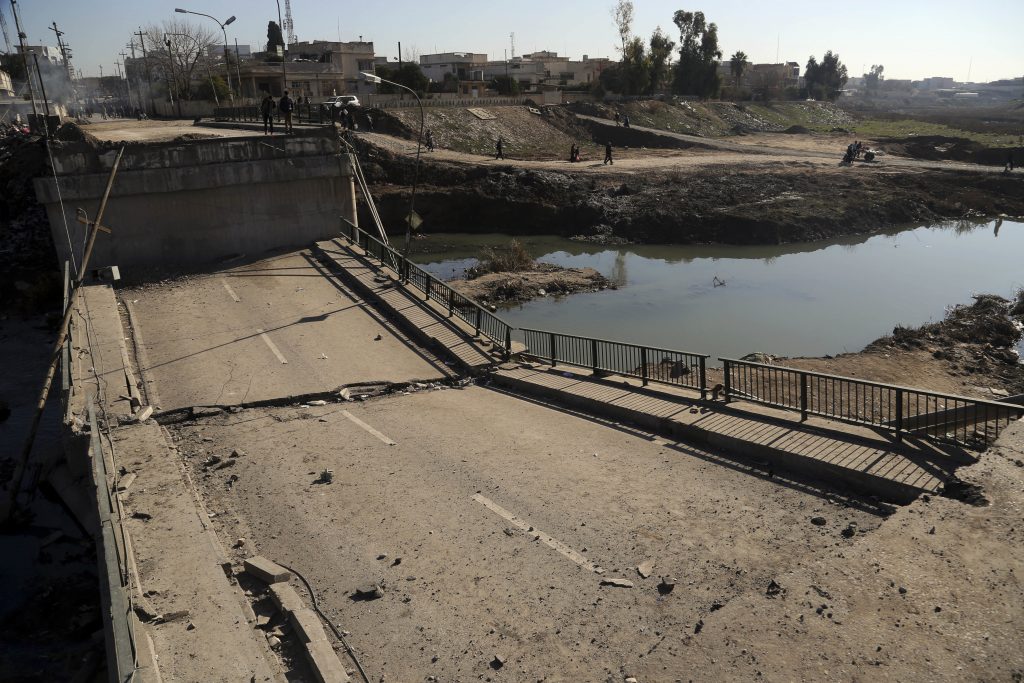 The officers say the troops entered the university grounds on Friday morning and secured parts of the compound, located in eastern half of Mosul. The officers spoke on condition of anonymity as they are not authorized to talk to reporters.

The move comes a day after Iraqi army forces north of the city linked up with troops pushing in from the city’s eastern edge. The sprawling university compound, a symbolic landmark in Iraq’s second-largest city was once used by IS terrorists as a base. Officials had said the terrorists also used the school’s chemistry labs to produce chemical weapons.