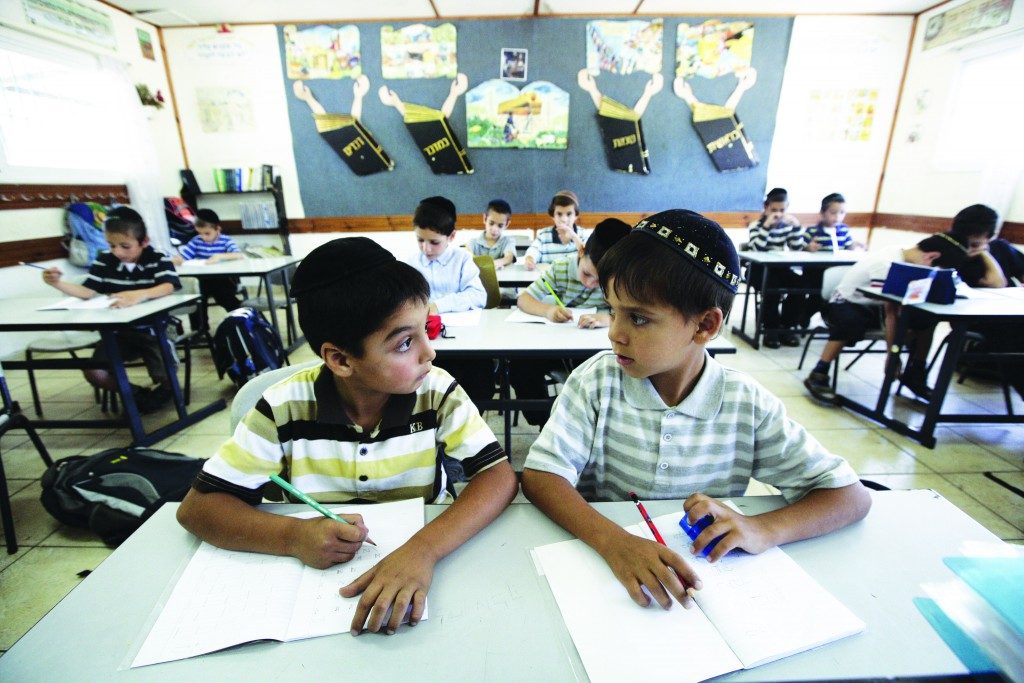 Many years ago, I had occasion to “be menachem avel” Mr. Moshe Naftali Ullman, z”l, who had, R”l, lost his daughter. Mr. Ullman had been a student of the Chofetz Chaim in Radin and was asked about his memories of the Chofetz Chaim. He told us a number of stories that he himself had witnessed.

One of these stories had special meaning to me.

On the floor of the beis medrash in Radin one day, there was a piece of paper that looked like a check. A bachur walked in, noticed the paper and picked it up. He looked at the paper and realized that it was, in fact, blank and returned it to where he had found it. Mr. Ullman noticed a second bachur do the very same thing.

The bachurim were puzzled. What had the saintly Chofetz Chaim seen on the paper that they had obviously missed? What was its consequence or relevance? What purpose did this seemingly insignificant, innocuous paper have?

One of the bachurim finally gathered up enough courage to ask the Chofetz Chaim what he had seen on the paper. “Nothing,” said the Chofetz Chaim. “I just thought that if I put the paper back where I found it, the next person will also think that it is something valuable and waste his time and go through the trouble of bending down to pick it up.”

He used to explain: Fasting on Yom Kippur is a great thing. Even small people fast on Yom Kippur. Fasting on Monday and Thursday is a comparatively small thing. Only great people do that. To encourage the masses to donate, you must present the issue as a major emergency. Great people will donate when there is a real need — no matter how small.

Reb Dovid, zt”l, would often quote the Midrash as to how Hakadosh Baruch Hu chose Moshe Rabbeinu to be the leader of Klal Yisrael. He tested him with the care of a little sheep. He wanted to see how Moshe Rabbeinu would handle one lost little sheep. If he could and would take care of the minor needs of this little animal, then He could entrust him with caring for the needs of the Jewish nation. Moshe Rabbeinu proved that he was a great man and capable of being the leader of Hashem’s people, because he didn’t think that “small” things were unimportant.

You might have noticed recently a campaign to bring to public consciousness how much we owe the unsung heroes of our community — our rebbeim, the teachers of our children.

They toil daily with what would seemingly appear to be “little things.” How to gain even a small increase in the reading ability of a student? How to be sensitive to remarks that might be taken as a put-down by one child to another? How to build the self-esteem of a child who seems to be suffering? These little things that occupy their waking hours can have long-term effects that can change lives. Don’t we all remember little incidents where a teacher had a major impact on our lives?

My Rosh Yeshivah, Harav Yaakov Yitzchak Ruderman, zt”l, often explained the Chazal “umatzdikei harabbim k’kochavim — eilu melamdei tinokos. Those who bring merit to the community are compared to stars — this refers to the teachers of our children.” Rav Ruderman asked, “Why do Chazal compare teachers to stars?” He explained that when one looks in the sky at night, he observes seemingly insignificant, small lights that we call stars. If he has intelligence, however, he understands that each one of the stars is a giant world unto itself. It is a world larger and brighter than our entire Earth. So too, the teachers of our children deal with students, each one being an entire world. It is a great responsibility and we have to be appreciative of the wonderful “great people” who light up the worlds of each individual student.