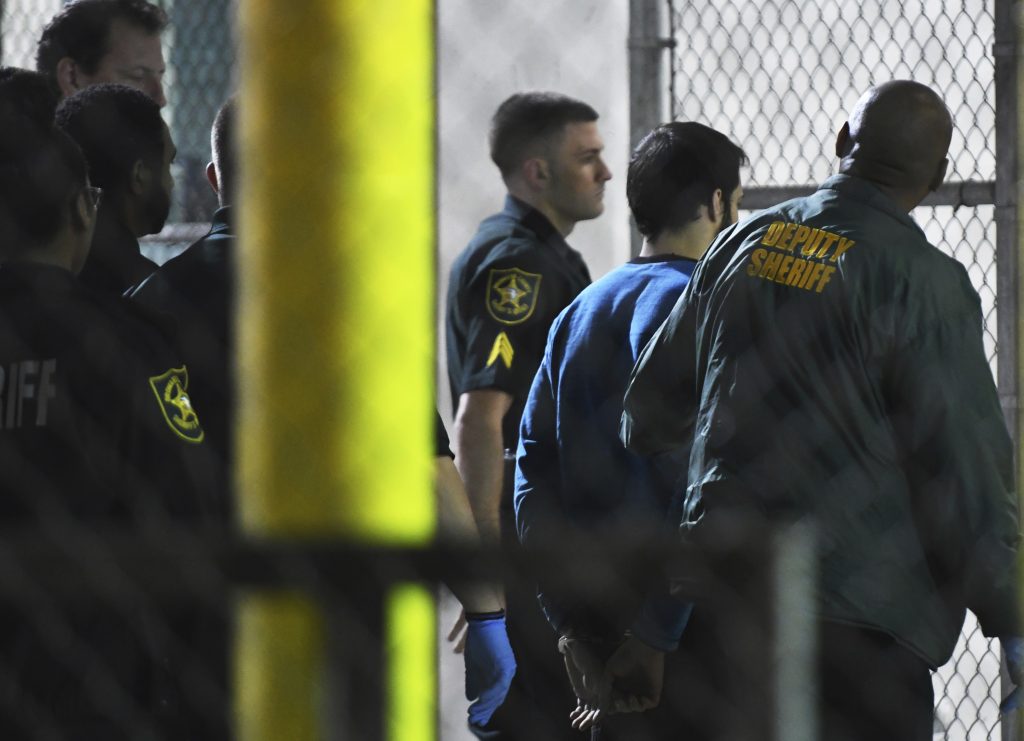 The Iraq War veteran accused of fatally shooting five people and wounding six at a crowded Florida airport baggage claim area is due for his first court appearance.

Esteban Santiago is scheduled to be in Fort Lauderdale federal court Monday morning. The 26-year-old from Anchorage, Alaska, faces airport violence and firearms charges that could mean the death penalty if he’s convicted.

A criminal complaint filed Saturday by the Miami U.S. Attorney’s office accuses Santiago of an act of violence at an international airport resulting in death. The punishment is execution or any prison sentence up to life.

The initial hearing Monday is likely to focus on ensuring Santiago has a lawyer and setting future dates. Santiago has been held without bail since his arrest after Friday’s shooting at Fort Lauderdale-Hollywood International Airport.

The FBI says Santiago flew on a one-way ticket from Alaska to Florida, specifically to carry out the shooting, with a handgun in his checked bag. Agents say he retrieved the gun and emerged from an airport bathroom firing.