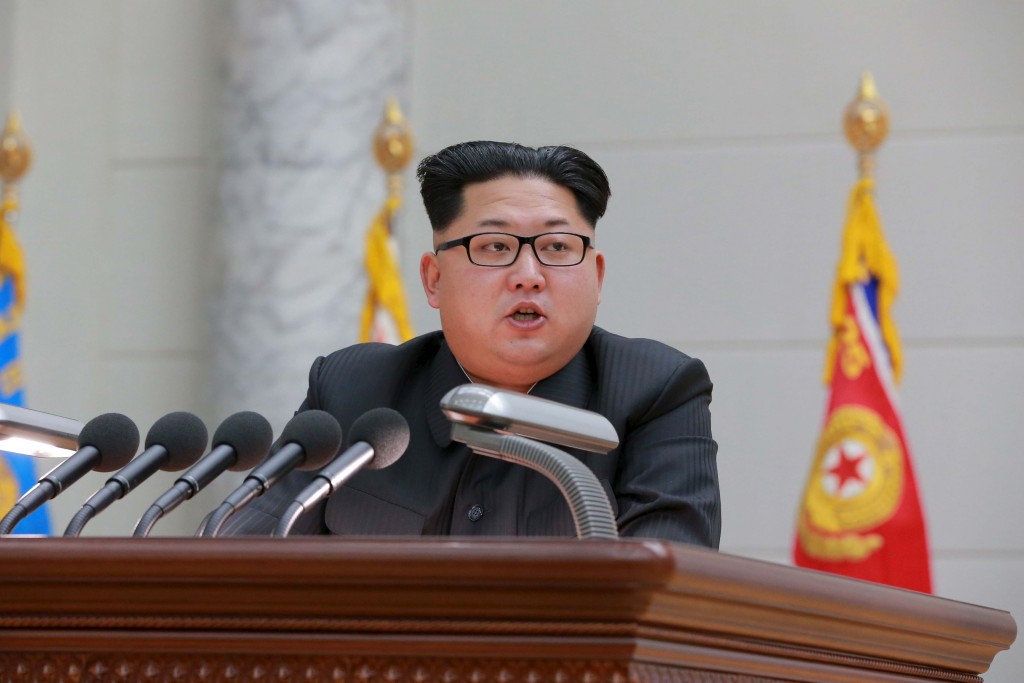 Though the young leader’s birthday is well-known throughout the country, it has yet to be celebrated with the kind of adulatory festivities that accompany the birthdays of his late grandfather and father.

Kim Jong Un, who is believed to be 33 or 34 and the world’s youngest head of state, assumed power after the death of his father, Kim Jong Il, in late 2011.

With the official period of mourning his father’s death over and his own power base apparently solid, Kim presided over a once-in-a-generation party congress last May that was seen by many as something of a coronation and the beginning of the Kim Jong Un era.

But he has continued to keep a step or two behind his predecessors in the country’s intense cult of personality. Kim’s grandfather, “eternal president” Kim Il Sung, and Kim Jong Il statues and portraits are found in virtually every public space or home. Their pins are worn over the hearts of every adult man and woman.

Rumors were rife that a new pin featuring Kim Jong Un would be issued during the May party congress, but they proved to be unfounded. Calendars for this year don’t denote Jan. 8 as anything other than a normal Sunday, and there was no mention of the birthday in Rodong Sinmun, the ruling party newspaper.

The only time Kim has been honored in public on his birthday was in 2014.

North Korean officials say the low-key approach — and the very little information made public about his wife and family — reflects Kim’s “humble” nature and respect for his forbearers. Kim seemed to amplify that image in his annual address at the beginning of the civil year, when he closed with remarks about his desire to be a better leader.

Even so, 2017 could turn out to be a bigger than normal year in North Korea for Kim-related events.

State media have suggested Kim Jong Il’s birthday in February and especially Kim Il Sung’s birthday in April will be celebrated in a more lavish than usual manner, though exactly what’s in store is not known. And Kim Jong Un has already had something of a big event — days after his address last week, tens of thousands of North Koreans rallied in Pyongyang in the customary show of support for their leader.