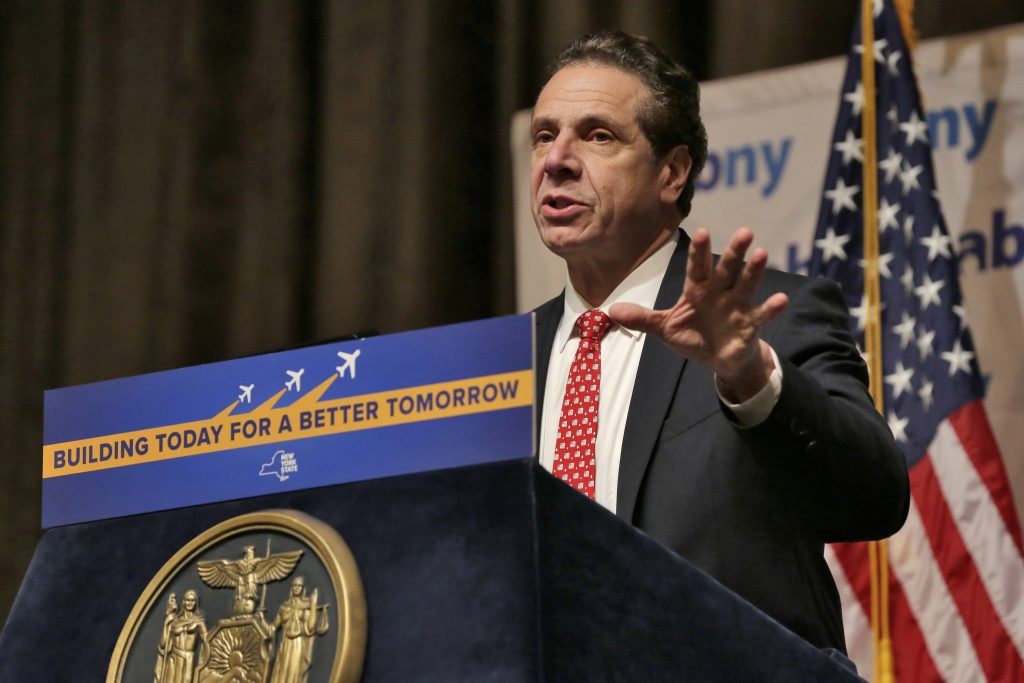 Top state lawmakers in New York are skipping Gov. Andrew Cuomo’s state of the state addresses in an unusually public display of the tensions between legislators and the Democratic governor.

Many lawmakers are still seething at Cuomo, whom they blame for killing a proposed legislative-pay increase last month, the first in 18 years.

“Sen. Flanagan was invited to attend, but declined,” said Senate GOP spokesman Scott Reif. “He will be in Albany, in session, fulfilling his duties as Senate Majority Leader.”

As for Heastie, “We have a lot of work to do here in Albany and that is what we will be focusing on,” according to spokesman Mike Whyland.

Lawmakers had hoped that a state commission would authorize raising their $79,500 salary late last year, in time for it to take effect in 2017. But Cuomo’s appointees on the commission blocked the raise. Then, last month, negotiations over convening a special session to consider another pay-raise proposal sputtered when Cuomo demanded that they also consider ethics reforms and other proposals unrelated to legislative pay.

New York’s governor typically delivers a single address to lawmakers in Albany at the start of the legislative session. Last year, Cuomo gave the speech in the convention center adjacent to the state Capitol, where he was heckled by a Democratic Assemblyman.

If the snub bothers Cuomo, he isn’t letting on.

“By definition, these regional addressees are designed to communicate directly with the citizens of New York, not legislators,” said Cuomo spokesman Rich Azzopardi. “Our goal has always been to bring the issues to the people, to develop the public support, and then have it communicated to the elected representatives.”

The state constitution, however, clearly envisioned lawmakers as the target audience. It requires the governor to “communicate by message to the legislature at every session the condition of the state.” Prior to 1923, governors traditionally delivered a written message to the Legislature.

Cuomo’s road show continues Tuesday with speeches on Long Island and Westchester County and wraps up Wednesday with addresses in Syracuse and Albany. Specific times and locations have not been announced.

Lawmakers are in session Monday and Tuesday, meaning they will depart Albany before Cuomo’s speech in the capital city.