Business Used-Car Prices Are Down
Business 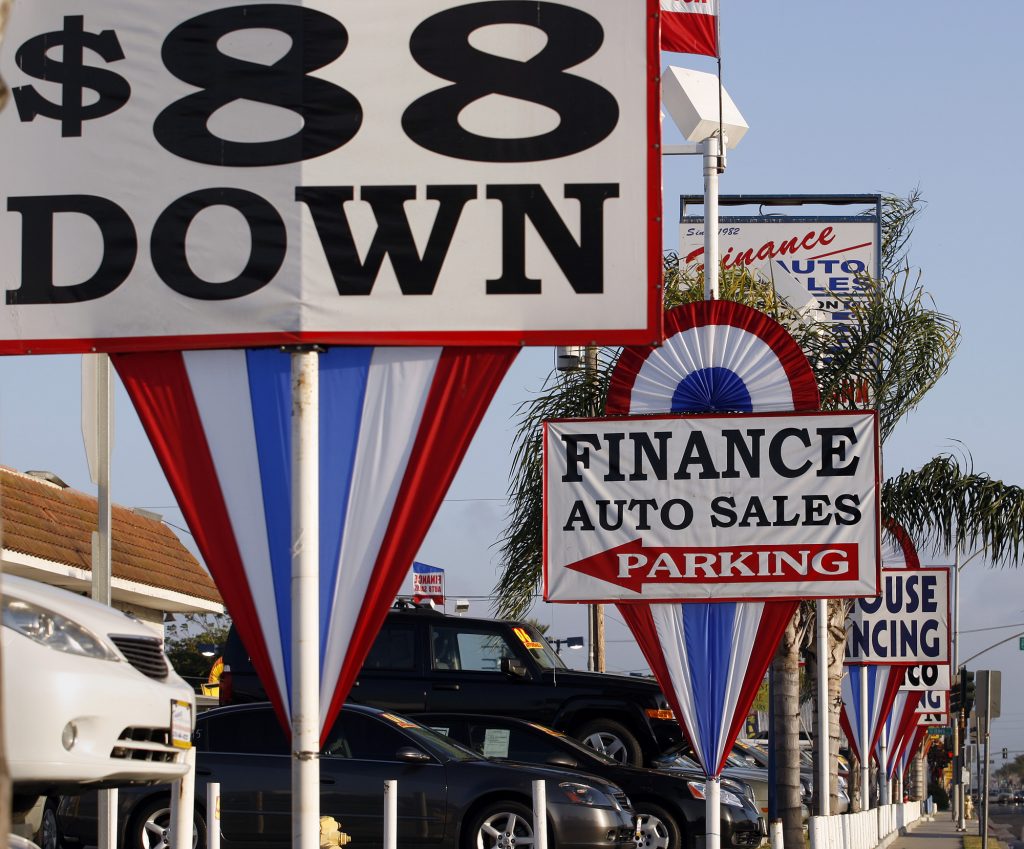 Looking for a deal on a used car? Now’s a good time to buy.

After years of climbing higher, used-car prices have been heading down. This year, used-car prices declined about 4 percent on average compared with in 2015, and the trend may continue for another year or two, industry watchers said.

“This is the first material decline we’ve seen since the recession,” said Jonathan Banks, an analyst at J.D. Power.

In the two other categories — mainstream midsize vans and mainstream large utility vehicles — there was no change.

The reason for the price drops? Simple supply and demand, with heavy emphasis on the “supply” side. Used cars and trucks are flooding the market, for two big reasons.

First, when the recession hit in 2008, new-car sales were hit hard. Consumers held on to their cars longer, and as a result, fewer cars trickled down into the used-car market. Continuing demand for used cars pushed prices higher. Now that dynamic has reversed.

Second, auto companies have pushed low-monthly-payment auto leasing in a big way. Leasing accounted for about 20 percent of the new-car market in 2011; now, it’s approaching 35 percent, according to Experian Automotive.

Leases typically run one to three years, after which the vehicles are returned and resold. More cars and trucks coming off lease means more late-model vehicles available for sale on used-car lots: 3.1 million of them this year, about 570,000 more than in 2015, according to Manheim Consulting.

Prices fell more dramatically for cars than they did for sport utility vehicles and trucks — subcompact cars most of all, according to J.D. Power’s used-car guide. That means if you want a smaller car, you’ll find good deals.

That reflects American drivers’ growing preference for larger vehicles. Car shoppers — luxury and mainstream alike — have been shifting to roomier crossovers, SUVs and pickup trucks for years as gas prices have fallen.

The bottom line: “If you’re buying a car and have a full-size truck to trade in, you’re in great shape,” Banks said.

That’s half a joke, because while it’s true, the profile fits few buyers.

He expects the aversion to coupes and sedans to continue, even if gasoline prices rise again, because most crossovers are available with fuel-efficient powertrains.

For 10 years, Terry Carnes Sowka has been driving a 2002 Toyota Sienna minivan that she bought used. Now that her three kids are grown and out of the house, the Indianapolis database manager is looking for a replacement vehicle and sees better value in used cars.

She’s heard that sedans are a good deal right now, “and I could probably get a used Toyota Camry. They’re comfortable and pretty reliable.”

But like so many others, she’s drawn to the crossover category and is leaning toward a Honda CR-V.

“I do like being high up off the road compared to a sedan-level car,” she said. And she’s been told that not all SUVs “ride like a truck” anymore.

She’ll pay a bit of a premium for a Honda, but not as much as in recent years.

“You’re always going to have a Honda or a Toyota decline less than a Chrysler or a Chevy,” Banks, the J.D. Power analyst, said. “But prices are declining across the board.”

Another factor that is spurring car sales, both used and new: easy credit at low rates.

The finance picture “is great for consumers, great for dealers, and, since people are paying their bills, great for lenders,” said Tom Webb, chief economist at Manheim Consulting.

That picture could change if interest rates continue to rise. But it’s not a near-term issue. Analysts expect used-car prices to continue declining for at least a couple of years, as more leased vehicles flow into the market.

So, while there are plenty of good used-vehicle deals to be had, there’s no need to rush.

“It’s a great time to buy used,” said Tim Fleming, an analyst at Kelley Blue Book. “And it’s only going to get better.”