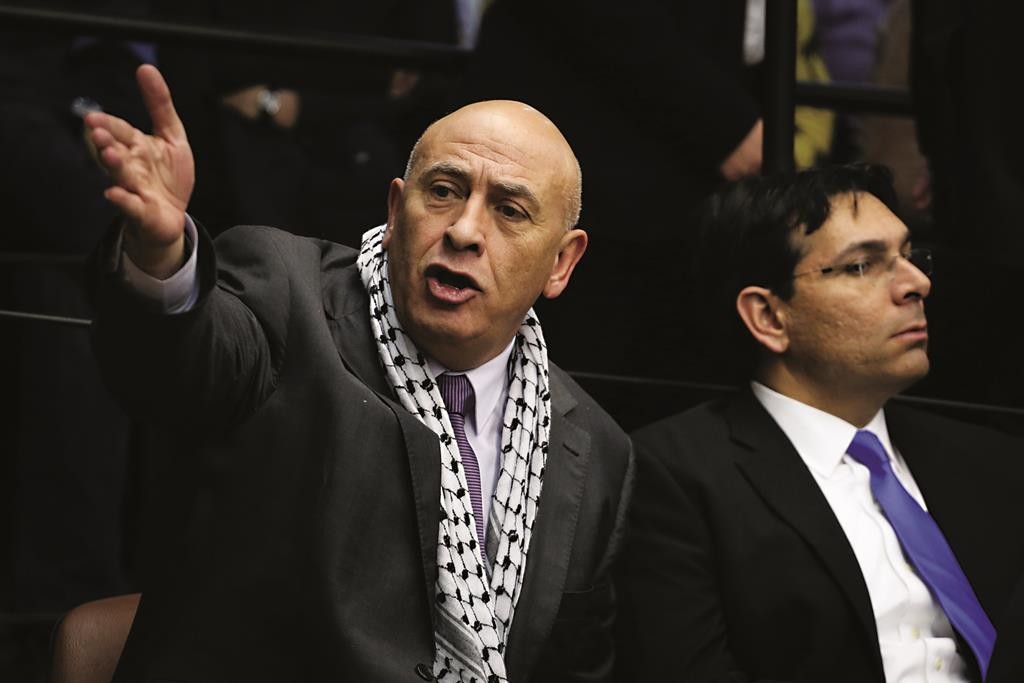 The Knesset Ethics Committee on Monday voted to suspend United Arab List MK Bassal Ghattas from the Knesset for six months. Ghattas will remain an MK but will not be able to vote or participate in Knesset debates, he will lose his parliamentary immunity, and he will not receive his salary or other benefits associated with Knesset representation.

Ghattas is currently under house arrest and will remain as such for at least the next five weeks, while police investigate the allegations against him. Ghattas is accused of smuggling 15 cellphones to top terrorists in Israeli prisons, along with secret messages that were to be used to assist in the carrying out of terror attacks. He has been questioned numerous times on the matter, and has maintained his innocence. On Sunday, an indictment was handed down against Assad Daka, a relative and aide to Ghattas. According to the indictment, Daka provided Ghattas with 12 devices and 16 SIM cards, for use by terrorists.

While police decide if Ghattas’s actions in smuggling cellphones into a high-security prison for the benefit of prisoners serving sentences for terror attacks is a crime, the Committee said that it was without a doubt an ethics violation. The request to suspend Ghattas was made by coalition chairman MK David Bitan (Likud) as well as MKs Yaakov Peri and Miki Levy (both Yesh Atid). Ghattas’s actions “are traitorous to the State of Israel and its people. It does not make sense for Israeli citizens to pay the salary of a man who acts to harm them.”

After the vote, Ghattas told Army Radio that the decision was “politically motivated, and an act of personal revenge against me. This is the first time an MK has been treated in this manner, in the face of still-unproven criminal charges in an ongoing, open case. The Ethics Committee appointed itself judge and jury, and imposed a punishment.” Ghattas added that he was considering appealing to the High Court, demanding that he be restored to his position.

In an interview with Al Jazeera last week, Ghattas said that he was completely innocent, and that his arrest was due to anti-Arab “incitement. This is part of the fall of Israel down the slippery slope of racism, as the right and radical religious rise in power. I will pay any price to protect my rights to defend my nation, and in particular our prisoners.”

Responding to the suspension, MK Shuli Muallem-Refaeli (Jewish Home), a member of the Ethics Committee, said that the suspension was not sufficient. “This punishment does not match the severity of his crime, and the Committee should have been harsher,” she said. “Ghattas has set a new standard for actions that harm the state, to an extent that we haven’t seen before. It would be proper to punish him in a much more serious manner for these actions.”