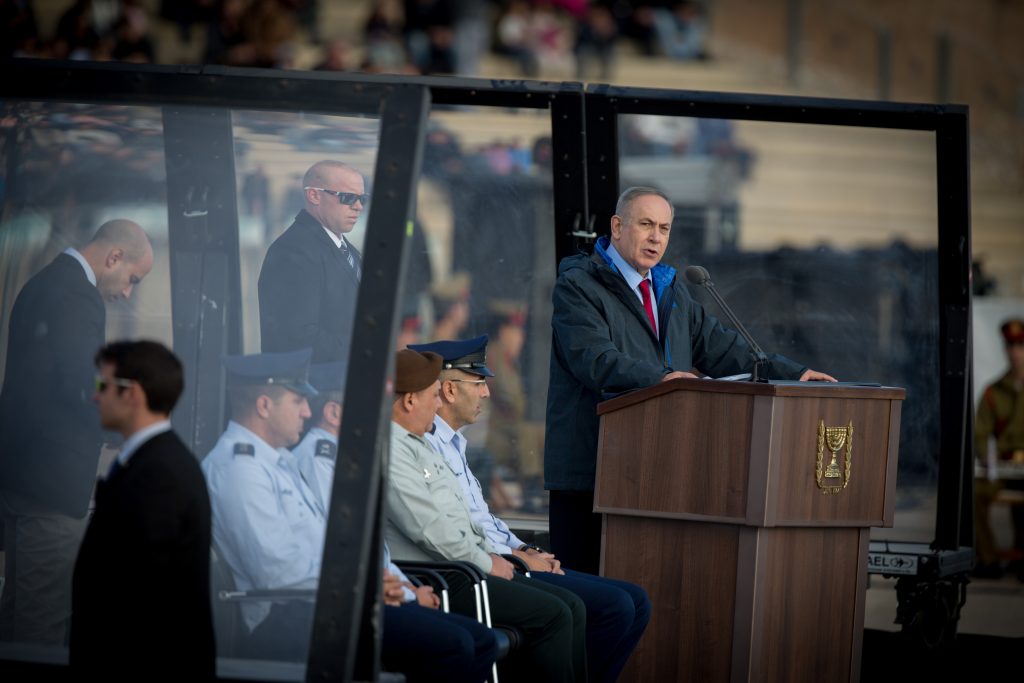 Israeli Prime Minister Binyamin Netanyahu sought to ease unprecedented tensions with Washington during a speech on Thursday at a graduation ceremony of Air Force cadets at the Hatzerim base; but not without getting in a few more jabs.

But after offering a few words about the importance of their mission, Netanyahu launched into a speech on the Middle East and the U.S.-Israel relationship.

With the U.N. Security Council vote and Secretary of State John Kerry’s speech in mind, Netanyahu tried to put the issues in perspective:

“Fire is burning everywhere,” he said. “There are enormous massacres being carried out against innocent people. An unending stream of refugees is wandering from continent to continent. With all due respect to those who speak about the central conflict in the Middle East — this is in fact the tragedy in our region. Not our relatively marginal conflict with the Palestinians, but the collapse of entire nations, entire countries. More people have been killed in only a few months of fighting in Syria, Yemen and Sudan than in 100 years of conflict with the Palestinians.

“With all due respect to the those who talk about the [Israeli-Palestinian issue] as the heart of the conflict in the Middle East, this is the big, true tragedy that is hitting the region.”

Having made his latest retort to the Obama administration, he returned to the question of relations with Washington, so lately troubled by recent events, deploying the reassuring theme heard so many times from both sides over the past eight years:

This alliance, he said, “is strong even when there are disagreements, and this reflects the deep level of support by the American people for the state of Israel.”

In a referring to the advanced F-35 fighter jets that arrived from the U.S. earlier this month, Netanyahu expressed his gratitude to “the American people, the American Congress and the American administration for its security aid to Israel.”

He added, “I expect to work together with the new administration to strengthen even more the security of both our nations.”

According to the Israel Air Force, 26 percent of the pilots won assignments as combat pilots, 23 percent qualified as combat navigators, 20 percent were designated as transport pilots and 27 percent for helicopter service.